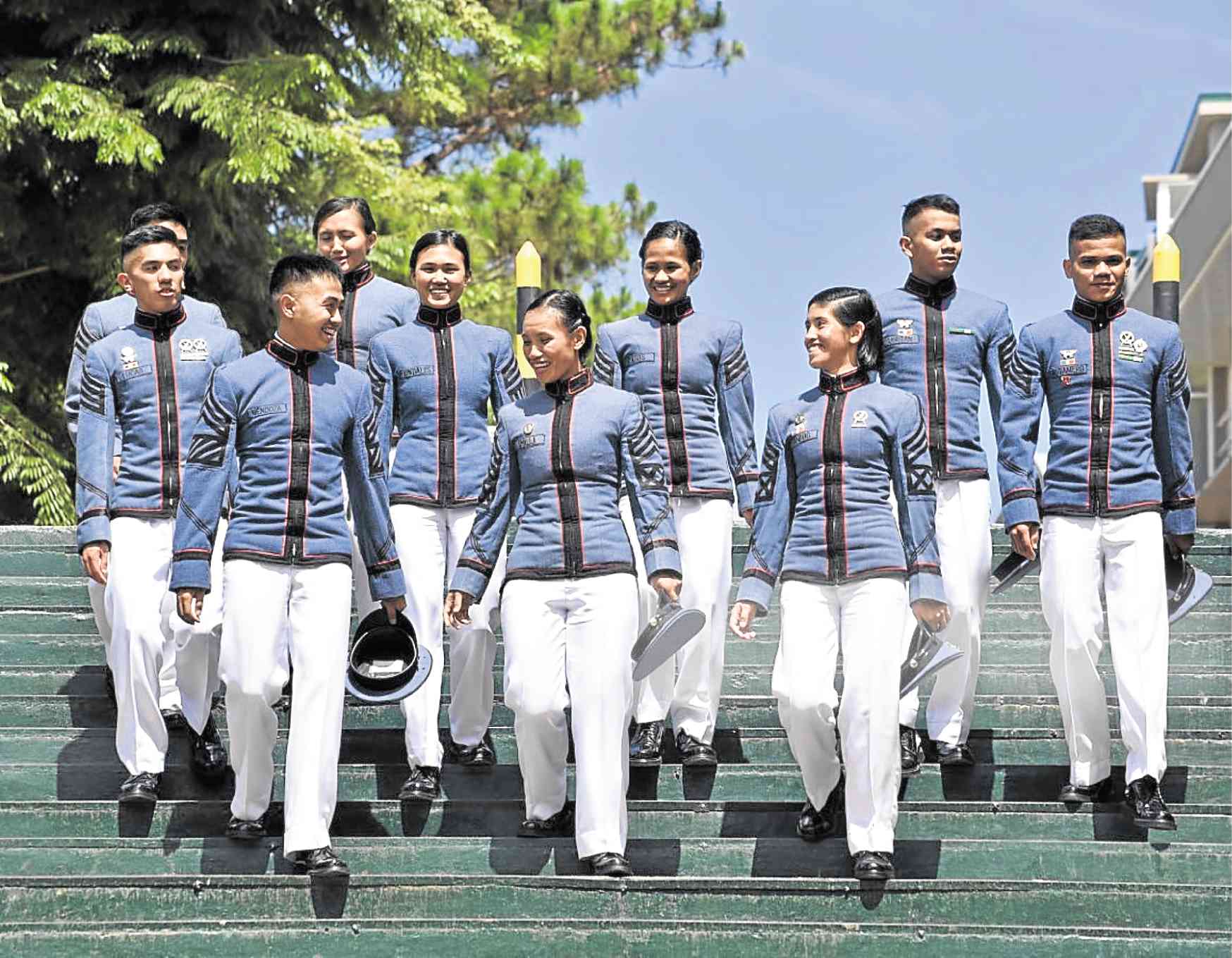 Umalla, 21, is the fifth woman to graduate as class valedictorian since women were accepted into the academy in 1993.

President Rodrigo Duterte will commission Umalla and the rest of her class as military officers.

After some prodding from her mother, Umalla entered PMA, setting aside an education degree (major in mathematics) in Batangas province.

“Because I love her so much, I cannot say no. She was the reason I reached this far,” Umalla said of her 65-year-old mother, Dionisia.

She said her mother’s perseverance and hard work helped her survive the tough times in the academy and pushed her to strive for excellence.

Dionisia, a retired teacher at Alilem National High School in Ilocos Sur, raised her four children as a single mother. Her husband, Reuben Sr., left them nearly two decades ago.

The eldest, Benjie, is now a police major. He is followed by Reuben Jr., a head nurse, and Philmar, a chemical engineer. Umalla is the youngest and only daughter.

Umalla said it was also her mother who taught her not to hold grudges against her father, a soldier, she last saw four years ago during her recognition rites at PMA.

“I will appreciate his presence if he comes (during the graduation) but I don’t expect him to come,” she said.

She will also receive the plaques in humanities, management, social sciences, natural science, computing and information science, and department of leadership.

Umalla said she was heavily influenced by her squad leaders in joining the Navy as well as her taking a fancy to the Navy logo, which contains the mythical merlion.

Four other female cadets made it to the top 10: Cadets First Class Jahziel Gumapac Tandoc of La Trinidad, Benguet province, (No. 3), Marnel Dinihay Fundales of Leganes, Iloilo province, (No. 7), Glyn Elinor Buansi Marapao of Buguias, Benguet, (No. 8), and Ruth Angelique Ricardo Pasos of Pasig City (No. 9).

Marapao, 22, who will receive the Navy professional courses plaque, will be the second PMA topnotcher in her family. Her older sister, Navy Ensign Eda Glis Marapao, placed third in the graduating Class of 2017.

Lucas will receive the Air Force professional courses plaque while Altamero will get the Gen. Antonio Luna award.

Altamero, 25, a son of a utility worker, is the only cadet from Mindanao who made it to the top 10.

“My graduation will serve as reunion to my family. We’ve been separated,” he said in a phone interview.

At age 12, he lost his father Sofrino Altamero, a farmer, due to illness. His mother Anita, 54, who worked as school janitor, had since remarried.

“This is also the first time, my mother will set foot in Baguio,” he said. “Since I entered the Philippine Military Academy, she has not been able to see me here. We are so hard up when it comes to money,” Altamero said.