LONDON – The British government on Tuesday debated tweaking its proposed European Union divorce terms in a last-ditch attempt to get Parliament’s backing for Prime Minister Theresa May’s deal with the bloc.

The Cabinet met to work out details of what May has called a “bold offer” to win support for her Brexit agreement.

But divided ministers looked unlikely to support the kind of sweeping alterations that could change lawmakers’ minds on a divorce deal that has been rejected three times by Parliament. 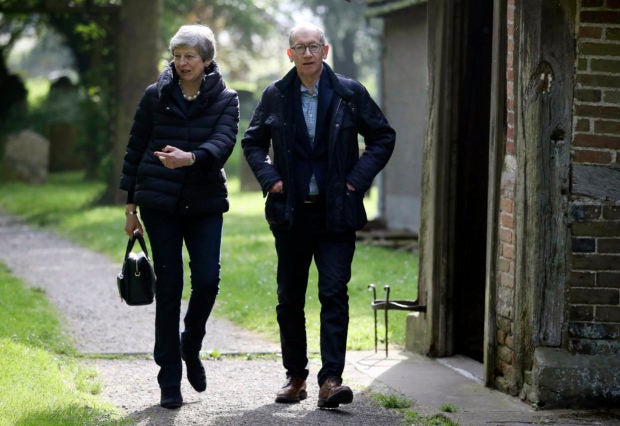 Britain’s Prime Minister Theresa May with her husband Philip leave after a church service near her Maidenhead constituency, England, Sunday May 19, 2019. (Andrew Matthews/PA via AP)

Britain was due to leave the EU on March 29, but the bloc extended the deadline until Oct. 31 amid the political impasse.

Talks on securing a compromise between May’s Conservatives and the opposition Labour Party broke down last week.

May says she will try again in early June by asking lawmakers to vote on a withdrawal agreement bill implementing the departure terms.

The bill is likely to include promises on issues such as workers’ rights and environmental protections that are priorities for the left-of-center Labour Party.

But Labour foreign affairs spokeswoman Emily Thornberry said “we’re going to vote against it” unless it is “radically different.”

Thornberry said the latest attempt to pass the Brexit deal was doomed and was May’s “own political version of the last rites.”

May has said that after Parliament votes on the bill she will set out a timetable for her departure as Conservative leader and prime minister.

Pro-Brexit Conservatives blame May for the political deadlock and want to replace her with a staunch Brexit supporter such as Boris Johnson, a former foreign secretary.

In a sign of the splits within the government over Britain’s departure from the EU, Treasury chief Phillip Hammond cautioned against trying to leave the bloc without an agreement on trade and other terms.

Hammond planned to tell a business dinner that politicians “on the populist right” were trying to redefine Brexit to mean a no-deal departure.

In extracts released in advance, Hammond said that “to advocate for ‘no deal’ is to hijack the result of the referendum, and in doing so, knowingly to inflict damage on our economy and our living standards.” /gg