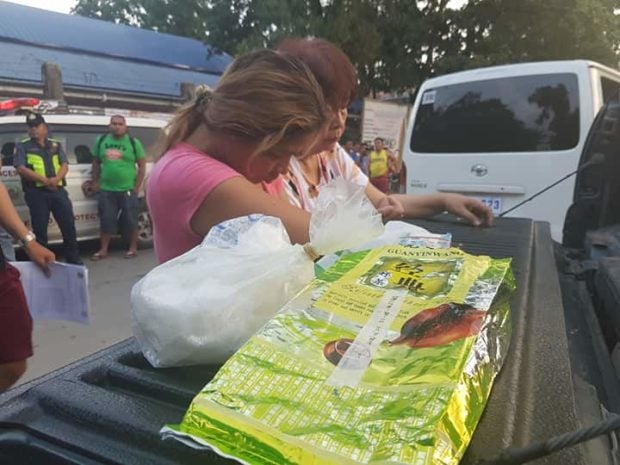 Two women were arrested during a joint anti-drug operation in Barangay Labangon, Cebu City for alleged possession of P4.7 million worth of illegal drugs. INQUIRER PHOTO by Bennie Talisic

CEBU CITY — Police arrested two women and seized at least P4.7 million worth of illegal drugs in a joint operation in Barangay Labangon, Cebu City at past 5 p.m. on Tuesday.

The suspects were identified as Lolita Mosqueda, 65; and Dolores Suchisa, 38; both residents of Barangay Calamba in Cebu City.

Charges for violating the Comprehensive Dangerous Drugs Act of 2002, particularly possession and selling of illegal drugs, will be filed against the suspects. (Editor: Eden Estopace)