BAGUIO CITY — The National Historical Commission of the Philippines (NHCP) on Tuesday has declared the entire Philippine Military Academy (PMA) a historical landmark in recognition of the academy’s historic contribution.

NHCP Executive Director Ludivico Badoy personally unveiled the historical marker placed at the main gate of the PMA about 4 p.m.

Badoy said the marker recognized not only the historical structures but the rich history of the academy that could be traced back to the Commonwealth Act 1 in 1935.

He said the marker also recognized “the long and unending line of quality military education that the academy has been providing.”

Brigadier Gen. Nestor Rayos, PMA assistant superintendent, signed the certificate of recognition and expressed the academy’s gratitude to the NHCP. 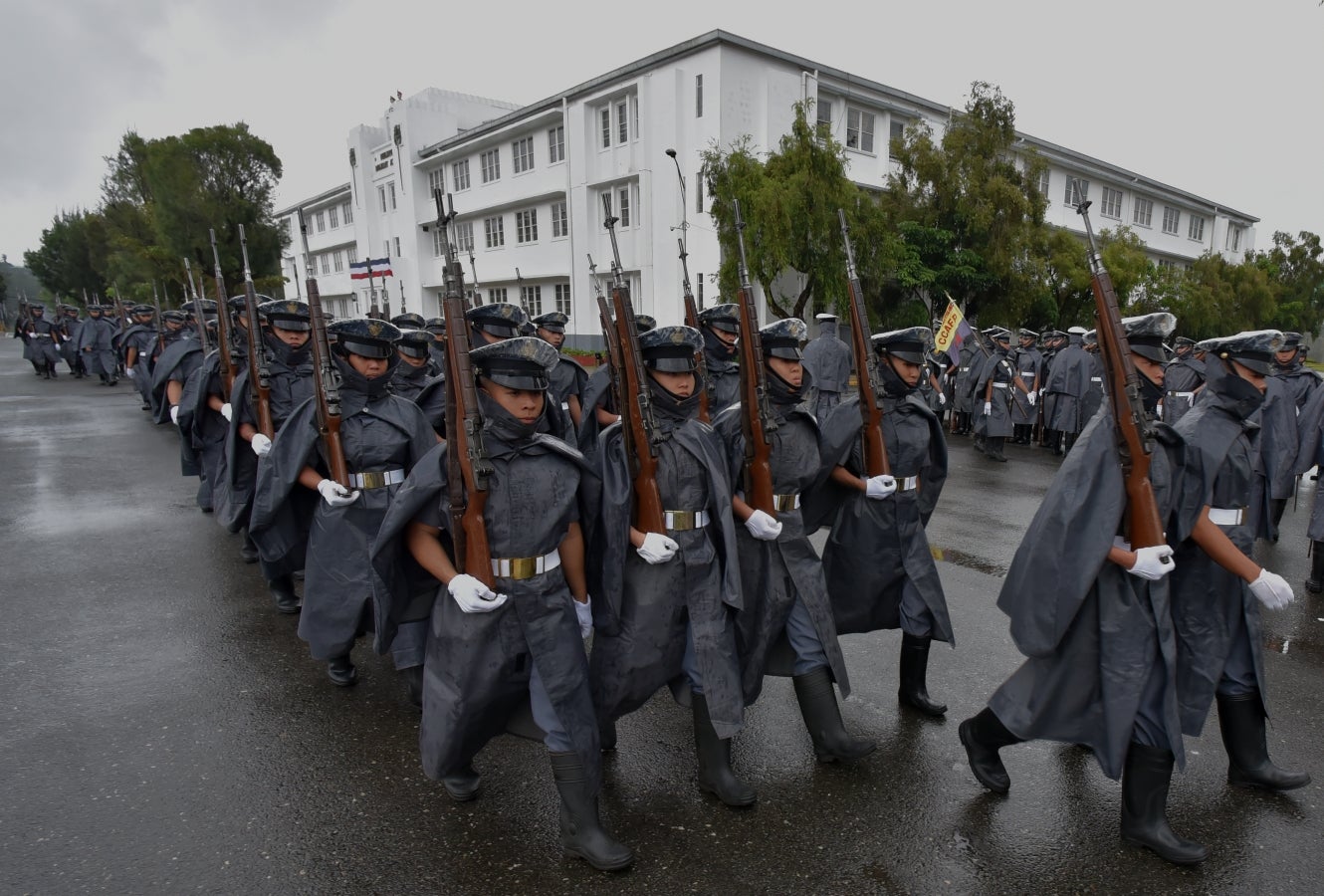 Melchor Hall is the oldest building at the Philippine Military Academy, which was designated a national historical landmark by the National Historical Commission of the Philippines on Tuesday, May 21). Melchor Hall was completed in 1949, a few years after the end of World War II. INQUIRER PHOTO/ EV Espiritu

He said there were several historical relics in PMA, including the war relics point and the Korean and Fil-Am war memorial areas.

“Who we are now is because of what our forefathers have done,” Rayos said.

Last year PMA applied for a historical landmark recognition with the NCHP for the Melchor Hall only, the very first building in PMA.

Read Next
Alitalia cancels more than 300 flights due to strike
EDITORS' PICK
Survivor can’t ‘comprehend’ experiencing martial law again
Watch live performances by ITZY, Mamamoo and other K-pop stars on Smart’s GigaPlay App
Welcome the next imagery master with vivo X70 co-engineered with Zeiss
An innovative, fun shopping experience AllDay
Duterte OKs limited in-person classes for 2-month testing in more than 100 schools
EDITORIAL: The bogus anniversary
MOST READ
Pharmally funding came from friends, not me, Michael Yang insists
ACT-CIS Rep. Yap names Pimentel of using ICC for political agenda
Walk out of a hearing if Gordon starts shouting at you, Duterte tells Cabinet officials
No talks yet on Bongbong Marcos candidacy under PDP-Laban
Don't miss out on the latest news and information.