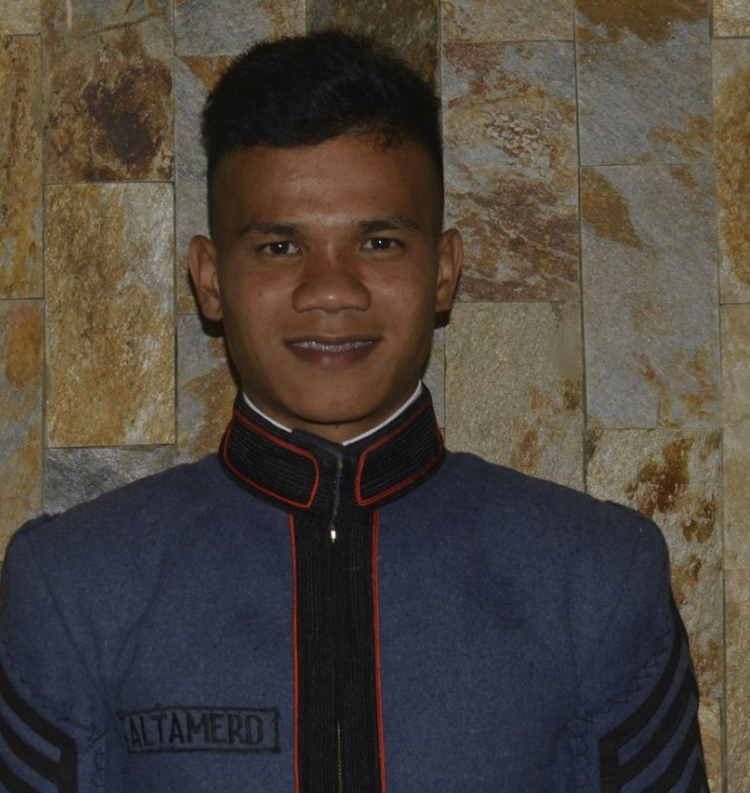 At the Top 5 in the Philippine Military Academy’s Class Mabalasik, Cadet 1st Class Aldren Altamero is the son of a school janitor in Balabag, Kidapawan City. PHOTO shared by Altamero on Facebook.

ZAMBOANGA CITY — A son of a utility worker made it to the Top 10 of the Philippine Military Academy (PMA) graduating class this year.

Altamero, the only cadet from Mindanao who made it to the top 10, hails from Barangay Balabag, Kidapawan City in North Cotabato.

“My graduation will serve as a reunion [with] my family. Nagkawatak-watak na po kami (We’ve been separated),”  Altamero said in a phone interview.

At age 12, he lost his father Sofrino Altamero, a farmer, due to illness. His mother Anita, 54, who worked as a school janitor, had since remarried.

“This is also the first time, my mother will set foot in Baguio,” he said.

“Since I entered the Philippine Military Academy, she has not been able to see me here. Hirap po talaga sa pera (We are really hard up with the money),” Altamero said.

He earned his Bachelor of Technology in Industrial Management at the University of Southern Mindanao in Kidapawan City before he entered the PMA.

Altamero managed to complete his college education with the help of his uncle, Rodolfo Ondoy, and aunt, Bienvenida Ondoy.

Aside from being on the top five, Altamero will also receive the General Antonio Luna Award and a dean’s list award.

“After graduation, we have one month vacation. I will devote the whole month to bond with my family, to fill up for those missing years,” said Altamero.

He who would have to report to the Philippine Army for further basic schooling, after his vacation. (Editor: Leti Z. Boniol)