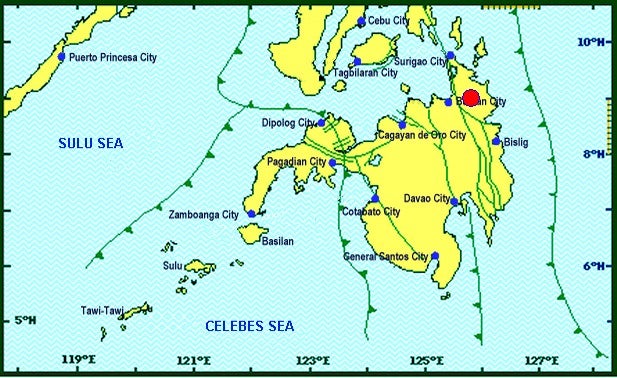 This image released by Phivolcs shows the epicenter of the magnitude 4.0 quake that occurred in Agusan del Norte at 3:12 a.m. on Tuesday. PHIVOLCS IMAGE

An Instrumental Intensity I was registered over Gingoog City.

Phivolcs said the quake was tectonic in origin and 13 km deep.

Phivolcs said it hit 14 kilometers (km) northwest of Cortes and had a depth of 14 km.

The quake was tectonic in origin.

Phivolcs said no earthquake or damage could be expected from both earthquakes. (Editor: Cenon B. Bibe Jr.)