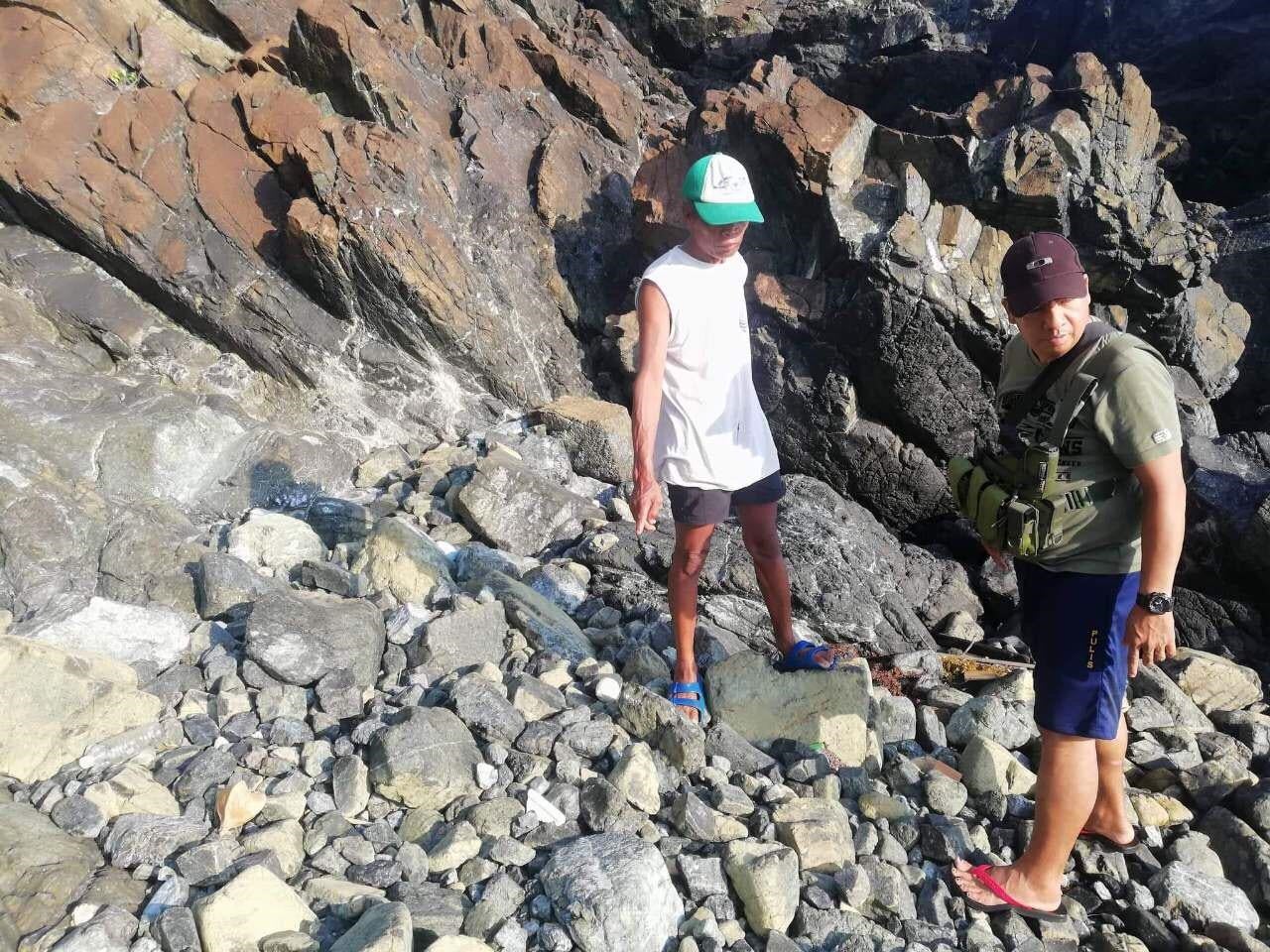 A fisherman points to the spot where he and fellow fishers found a kilo of suspected cocaine in Barangay Calanaga, Rapu-Rapu, Albay, on Friday, May 17, 2019. PHOTO FROM THE BICOL POLICE

MANILA, Philippines — A block of suspected cocaine weighing around a kilo and estimated to be worth P5.3 million was found along the shoreline of Barangay Calanaga in Rapu-Rapu, Albay.

The police in Albay said Monday that the suspected cocaine was recovered by fishermen at about 3:00 p.m. on Friday.

The suspected illegal drug was turned over to the Rapu-Rapu Municipal Police Station at around 10:30 a.m. on Saturday. It will be brought to the Regional Crime Laboratory for examination.

If confirmed to be cocaine, it will be among the latest additions to the billions of pesos worth of illegal drugs found along the country’s eastern seaboard since February this year. (Editor: Cenon B. Bibe Jr.)