Sara on Duterte’s prolonged absence: I have no news of his sickness or death 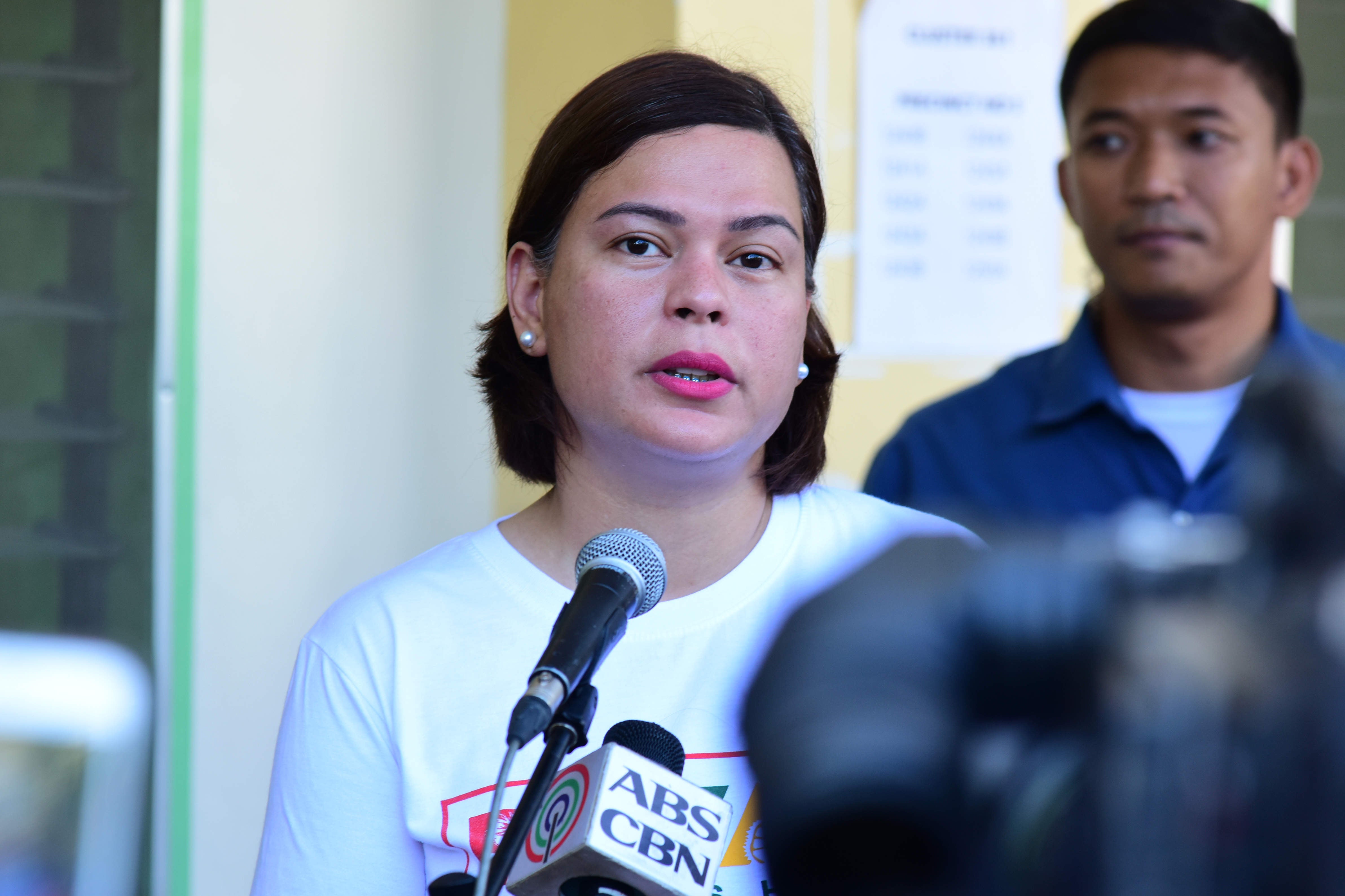 Davao City Mayor Sara Duterte-Carpio casts her vote at her voting precinct at the Daniel R. Aguinaldo National High School in this city just soon after the precinct opened on Monday, May 13, 2019. Photo courtesy of the Davao City Information Office

MANILA, Philippines — Davao City Mayor Sara Duterte-Carpio said she has not received any report of sickness or death of President Rodrigo Duterte following speculations he was hospitalized at the Cardinal Santos Medical Center in San Juan City.

“I have no news of sickness or death,” Duterte-Carpio told INQURER.net in a Viber message on Sunday.

Presidential Spokesperson Salvador Panelo in a statement said Duterte was just in “in his residence at the Palace signing papers.”

Panelo denied Duterte was hospitalized but he said the President “is neither confirming nor denying that he went to the hospital.”

READ: Palace on Duterte’s absence: He neither confirms nor denies he went to hospital

Duterte was last seen in public on May 13 when he cast his vote in Davao City.

He also revealed that he had colonoscopy and endoscopy and that he has been undergoing regular blood tests. (Editor: Julie Espinosa)