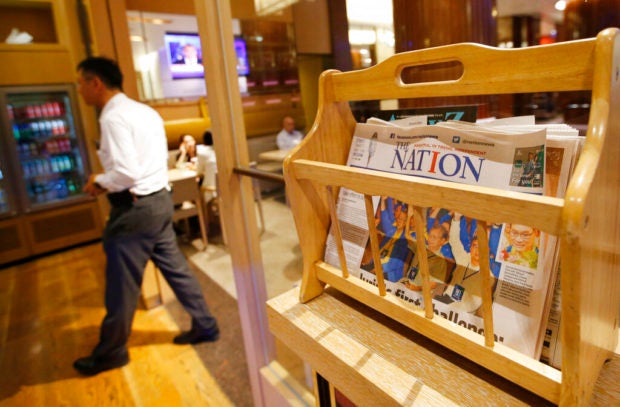 Thailand’s English newspaper The Nation is displayed in a cafe in a hotel in Bangkok, Thailand on May 16, 2019. AP

BANGKOK — The Nation, one of Thailand’s two English-language dailies, has announced it will stop publishing its print edition by the end of June but will continue with an online version.

The CEO of the Nation Multimedia Group, Somchai Meesaen, said Thursday the newspaper will switch to digital platforms starting July 1 because its profit has declined in the past decade.

The Nation was founded in 1971 largely as a progressive alternative to the English-language market-leading Bangkok Post, which was seen as too conservative as pro-democracy activists were struggling against a military dictatorship.

The Nation for many years was a gadfly to the more established Post, which survives it, and was rarely financially strong, though it launched a companion television channel in 2000.