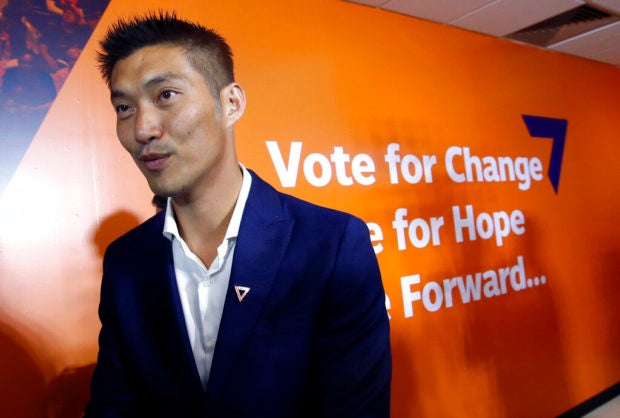 BANGKOK — Thailand’s Election Commission recommended Thursday that the leader of major political party opposed to military rule be barred from taking his seat in the soon-to-be-convened parliament because he is accused of violating electoral rules.

The commission announced that evidence showed that Thanathorn Juangroongruangkit of the Future Forward party had violated the law by holding shares in a media company, and it was passing its findings to the Constitutional Court for a ruling.

The party already denied breaking any rules when the issue was first raised last month. Thanathorn already faces several criminal complaints and other protests to election authorities that could lead to his or his party’s disqualification.

Thanathorn is the co-founder of Future Forward, which positioned itself as youth-oriented and deeply opposed to military rule ahead of its strong, surprise third place finish in the March 24 general election. He comes from a family that made its fortune in the auto parts industry, and his wealth helped him establish the party just last year.

The military-backed Palang Pracharath party is tipped to lead a government expected to be formed in the next few weeks and headed by Prayuth Chan-ocha, who has served as prime minister since seizing power in a 2014 army coup.

The Election Commission was appointed by the ruling junta’s allies, while the Constitutional Court has a long history of ruling in favor of the country’s conservative establishment.

Speaking at a news conference shortly after the commission’s announcement, Thanathorn tried to assure his followers that he would survive the challenge.

“We are not at risk,” he said. “Even the Election Commission is too afraid to make the ruling themselves. We are confident that with the truth and the evidence that we have, that this matter shouldn’t affect my candidacy.”

Thanathorn’s party has said it would support the bid of the anti-military Pheu Thai party, which won the most seats in the lower house, to form the next government. Palang Pracharath, which came in second, is also trying to put together a ruling coalition.

On Thursday, however, Thanathorn said that Future Forward might try to lead a majority coalition.

“Future Forward party is ready to be the government and Thanathorn Juangroongruangkit is ready to be the prime minister,” he said, adding that he has spoken with some other parties about blocking the military’s efforts to keep its allies in power.