newsinfo / Nation
Nation
NO CHANGES IN RANKING, WITH VILLAR STILL ON TOP 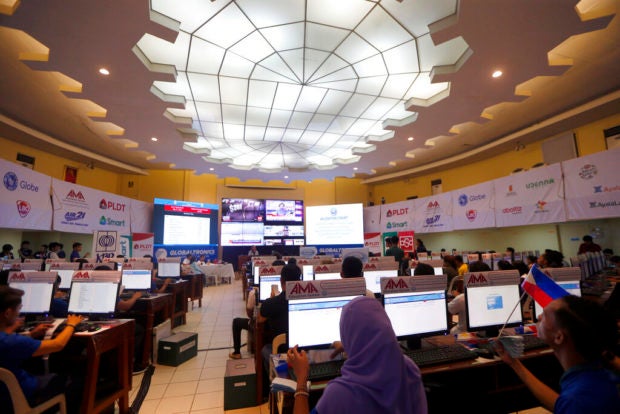 Volunteers of an election watchdog wave Philippine flags to seek assistance during the unofficial tally of votes at Monday’s midterm elections Tuesday, May 14, 2019 in Pasay City. (Photo by BULLIT MARQUEZ / AP)

MANILA, Philippines — Votes from almost 97 percent of all clustered precincts nationwide have so far been transmitted Wednesday evening, according to latest data gathered by the Parish Pastoral Council for Responsible Voting (PPCRV).

There were no changes in the ranking of the top senatorial candidates in the partial, unofficial tally.

Here are the rest of the ranking of the senatorial candidates based from the PPCRV-Inquirer Transparency Server: