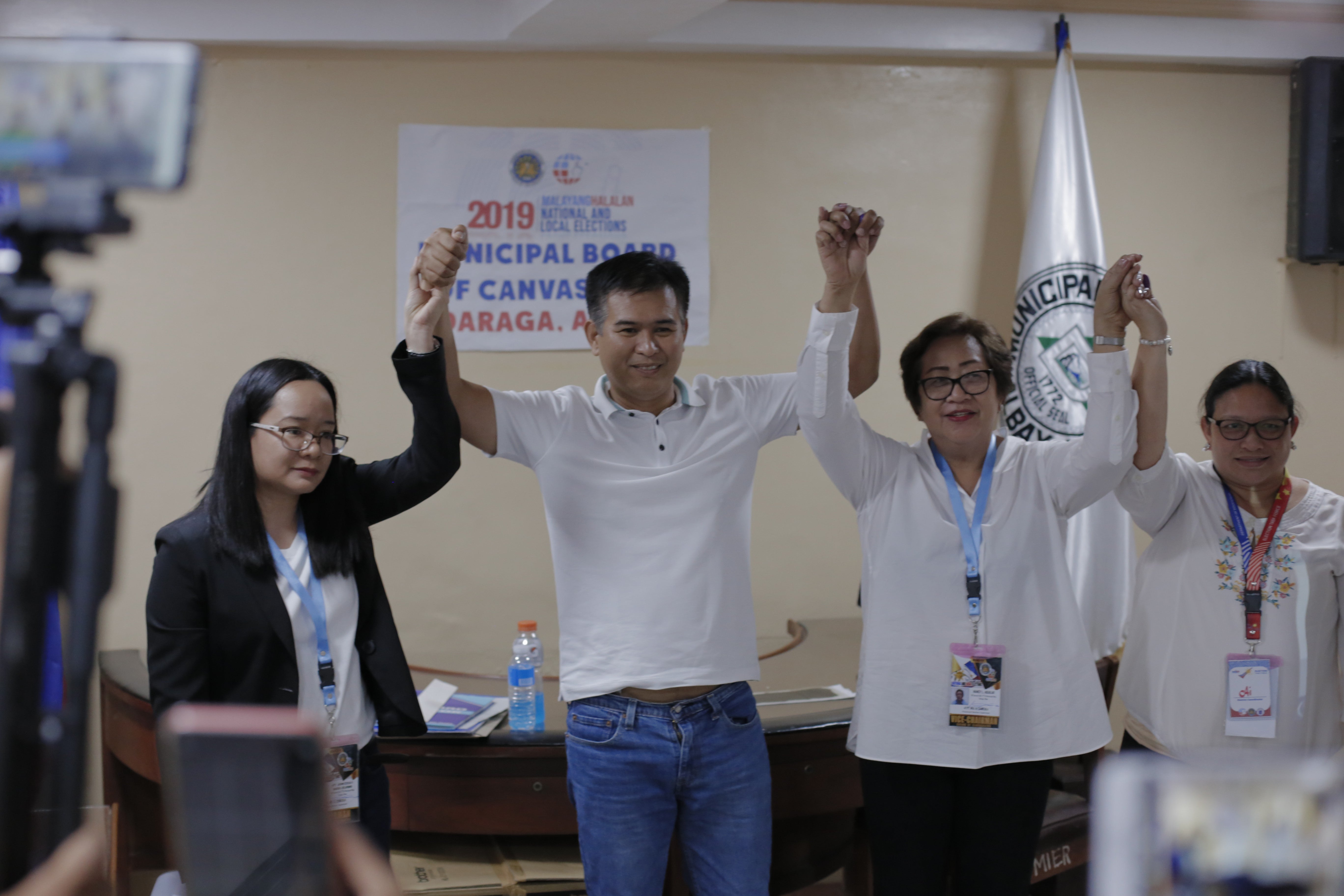 Victor Perete proclaimed by the Commission on Elections as the new mayor of Daraga town in Albay. Photo by George Gio Brondial, Inquirer Southern Luzon

LEGAZPI CITY — Victor Perete was proclaimed winner of the mayoral race in Daraga town in Albay on Wednesday.

Jasmin Cecilia Belarmino, election officer and chair of the municipal board of canvassers, said Perete garnered 24,616 votes from 107 clustered precincts.

Baldo was tagged as the mastermind in the killing of Batocabe and police security aide SPO2 Orlando Diaz last Dec. 22.

In 2007, Perete served as the village chief of Barangay San Roque and finished his three terms.

He became the president of the Association of Barangay Captains in 2013 and topped as municipal councilor in the 2016 midterm and local elections.

His father Arnulfo of Pilar, Sorsogon was also a politician for 15 years. He served as board member in the first district.

Batocabe and Baldo, on Tuesday have conceded their defeat.

“We have fought a good and honorable fight and I am so grateful to have had your love and respect as a substitute candidate for my husband, Rodel M. Batocabe,” Gertie said in her Facebook post.

Facebook also served as a platform for Baldo to thank his supporters and congratulate winners.

“Congratulations to the newly elected leaders of our town. May God grant you the wisdom to lead,” he wrote.

The town was placed under control of the Commission on Elections for the 2019 midterm and local elections.
(Editor: Leti Z. Boniol)