MANILA, Philippines —  Mar Roxas and Paolo Benigno “Bam” Aquino IV  were the only Otso Diretso senatorial candidates who emerged as the top choice of Capiz voters.

According to partial and unofficial tally of the Parish Pastoral Council for Responsible Voting as of Tuesday, among the eight opposisiton hopefuls, only  Roxas and Aquino made it in the “Magic 12” in Capiz. The rest were administration bet led by Cynthia Villar.

The top 12 senatorial candidates in Capiz: 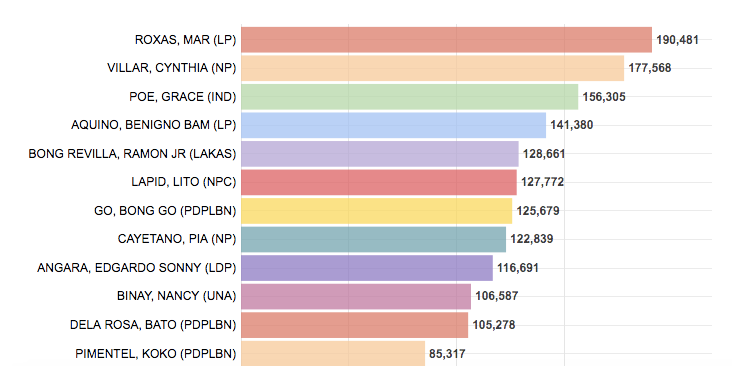