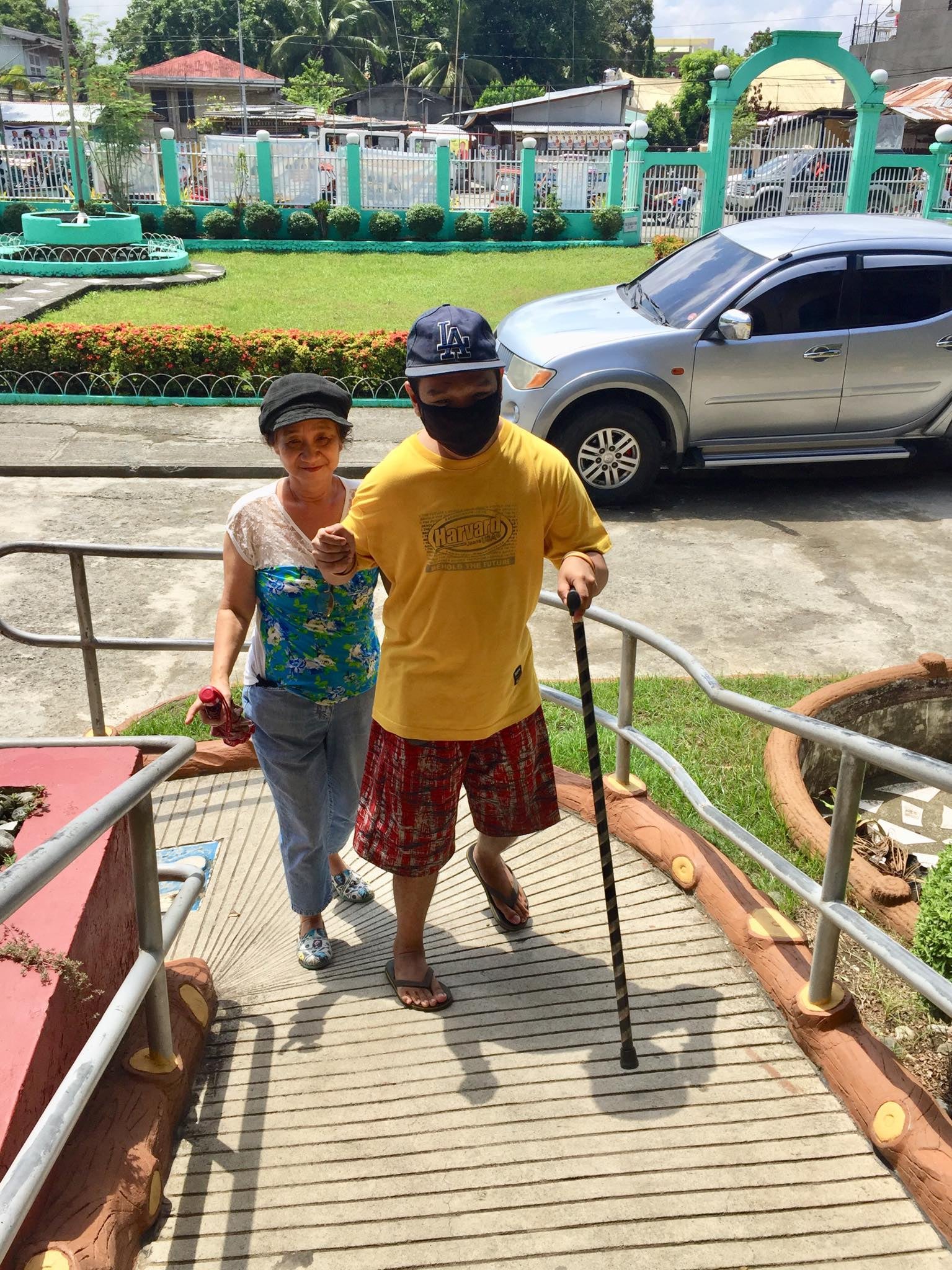 Accessibility during elections is still an issue for persons with disabilities in Janiuay, central Iloilo in Western Visayas. Michael Nugpo, 38, whose cerebral palsy makes walking difficult, is assisted by his mother Lilian Nugpo, 66, up the PWD ramp of Janiuay Pilot Elementary School at 10:15 a.m. However, he has to contend going down the stairs leading to his precinct where he has been voting since he was 18 years old. “He always needs a ‘body guard’ when he goes to vote,” says Lilian who added that teachers have always been helpful with them. Hazel P. Villa, Inquirer Visayas

“We would like to recommend to Comelec… their intentions were good. The intentions for the [Emergency Accessible Polling Place (EAPP)], the PWD, [Comelec] wanted to help they wanted to help seniors, heavily pregnant women,” PPCRV chairperson Myla Villanueva told reporters at the PPCRV Command Center in Manila on Wednesday.

Villanueva said she visited some precincts in the National Capital Region and saw that it lacked the staff or teachers in guiding senior citizens who needed to vote.

“The time and motion logistics na good intention [but] it became a little not optimal for out voters,” she added.

The EAPP is a special precinct for senior citizens, PWDs and pregnant women.  (Editor: Mike U. Frialde)

Read Next
Poll bets told to file contribution, spending report
EDITORS' PICK
Cherry Mobile teams up with Cloud Panda PH, launches online store
DOH: Presymptomatic infection possible
In speaking out, young athletes prove they are more than just the sum of their skills
Smart launches new LTE-Advanced Pocket WiFi Plans starting at P699 per month
COOCAA TV Bounce Back Sale offers up to 50% off
Sotto: Duterte could get terror bill next week
MOST READ
Sotto: Duterte could get Anti-Terrorism Bill next week
Something about KC that worries mom Sharon
Kim Chiu’s viral dance video has no violations, MMDA agrees
Baguio City to visitors: Follow strict border protocols
Don't miss out on the latest news and information.