Poll results prove strength, clout of political dynasties in the provinces
By: the Inquirer Bureaus - @inquirerdotnet
Philippine Daily Inquirer / 05:19 AM May 15, 2019 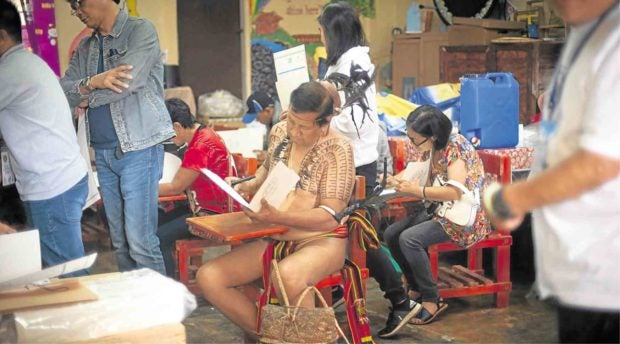 BAGUIO VOTE Bong Cawed, 75, casts his vote in a precinct in Baguio City wearing his traditional Cordillera attire. The city elected a former police official to lead the summer capital in the next three years as the local government confronts problems linked to rapid urbanization. —RICHARD BALONGLONG

Track record, sheer tenacity, sufficient resources and some last-minute wheeling and dealing, helped influential political families retain control of their bailiwicks in Luzon and the Visayas.

The mayoral race has been touted as the main bout in the midterm election clash between the families of Singson and Zaragoza, who governed Narvacan for more than three decades.

In Ilocos Norte, the son of Gov. Imee Marcos has won unopposed for governor of the province that remains loyal to the late dictator Ferdinand Marcos.

Matthew Manotoc’s victory owed much to the 11-hour decision of Ilocos Norte Rep. Rodolfo Fariñas to withdraw from the race.

Fariñas’ daughter, Board Member Ria Cristina, is taking her father’s seat in Congress.

The Marcos magic extends to almost all of the 23 newly elected city and town mayors of Ilocos Norte, who were backed by Governor Marcos.

The Marcos clan also took control of the capital city, Laoag, which has been a stronghold of the Fariñas family for almost three decades.

In La Union province, Ortega remained the political brand to beat in the midterm races. Although a clan member failed in his mayoral bid in San Fernando City, six others emerged victorious in various posts.

Councilor Francisco Paolo Ortega V, who also sits in the provincial board as chapter president of the Philippine Councilors’ League, got the most number of votes among bets for board seats to represent La Union’s first district.

Vice Gov. Dennis Pineda was winning against Jomar Hizon in the gubernatorial race, and may assume the post held by his mother, Lilia Pineda, who ran unopposed for vice governor. 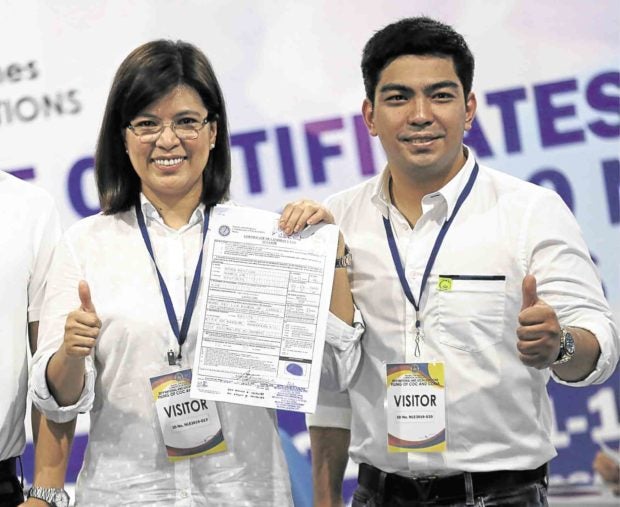 Lilia Pineda’s daughter, Esmeralda, ran unopposed for Lubao town mayor. Another daughter, Mylin, won a seat in the provincial board.

In Quezon, members of the Suarez family were leading in races against their rivals, the Alcala family.

David’s wife, Anna, is poised to return to Congress as representative of the Alona party list. Jet, another son of Danilo, had been reelected provincial board member.

In Leyte, the Petillas and their relatives from the Loreto-Cari family continue to dominate politics in the province.

Also among the winners were Carlo Loreto as vice governor, Carl Nicholas Cari as representative of Leyte’s fifth district and Jose Carlos Cari as mayor of Baybay.

The Romualdezes, who are relatives of former First Lady Imelda Romualdez Marcos, will continue to dominate other areas in Leyte.

Former Rep. Martin Romualdez won in the congressional race, replacing his wife, Yedda, who is expected to return to Congress as first nominee of party list group Tingog.