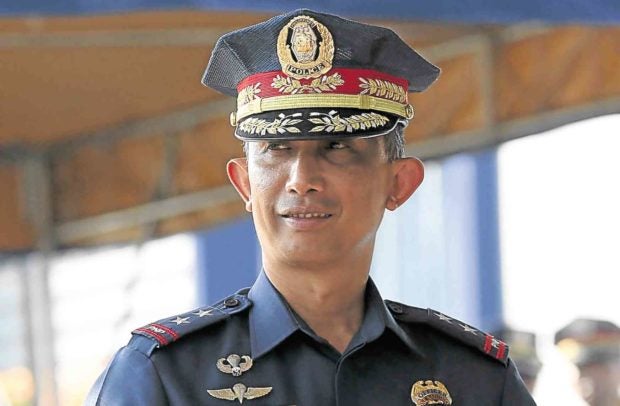 Voters took a chance on fresh faces and young politicians in the midterm elections in the provinces.

Retired police general Benjamin Magalong, who led the fact-finding team that implicated Malacañang and police officials in the botched 2015 Mamasapano operation, is the Baguio City mayor-elect.

In Olongapo City, a 28-year-old lawyer has been elected as its new mayor. Rolen Paulino Jr., a substitute of his father, Mayor Rolen Paulino, defeated Anne Marie Gordon, sister-in-law of Sen. Richard Gordon.

Paulino Jr. admitted that he was banking on the legacy of his father, who broke the Gordon family’s rein over the city in 2013.

Another newcomer in the Ilocos Norte provincial board is Rodolfo Christian Fariñas III, youngest son of Ilocos Norte Rep. Rodolfo Fariñas, whose decision to back down allowed Matthew Joseph Manotoc to be elected Ilocos Norte governor.

Manotoc is a son of outgoing Gov. Imee Marcos.

In Pampanga, Juan Miguel Arroyo won in his comeback bid for Congress, replacing his mother, outgoing Speaker Gloria Macapagal-Arroyo, in the second district.

Reelectionist Mayor Aleli Concepcion and her brother, outgoing Board Member Carlo Castor Concepcion, who ran for vice mayor, were proclaimed winners on Tuesday, according to Gregorio Cabanban Jr., the town’s election officer.

Their father, Vice Mayor Al-Fred Concepcion, was killed on Nov. 14 last year when armed men fired at his two-vehicle convoy as it drove to the town hall. Mayor Concepcion and eight others were wounded during the attack.

In Sudipen town, Mayor Wendy Buquing has been proclaimed winner. She became mayor when her husband, Mayor Alexander Buquing, was killed in an ambush on Oct. 1 last year. Wendy survived the attack when her husband shielded her from gunfire aimed at their pickup truck.