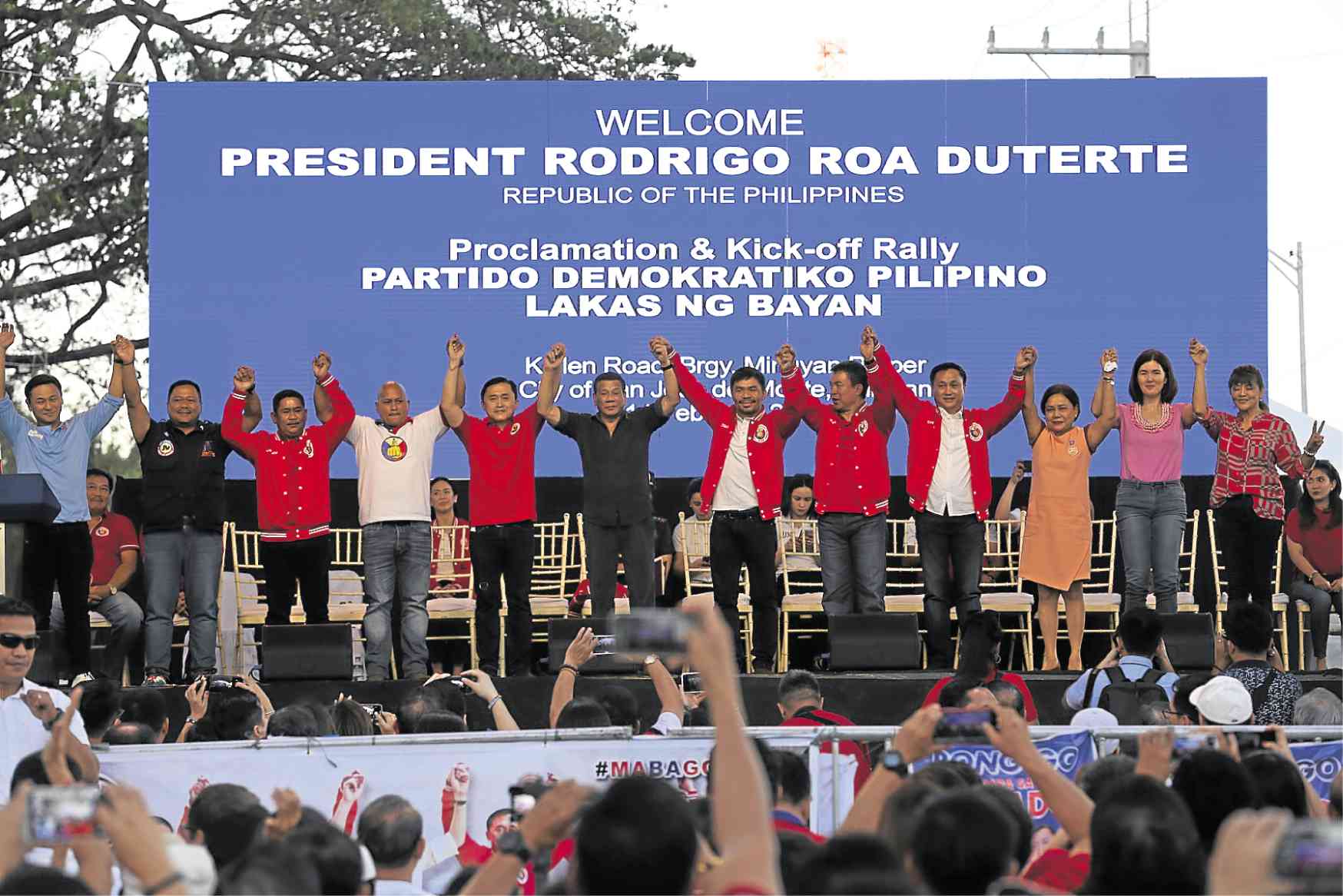 Go and Dela Rosa, both strong allies of the President, placed first and second, respectively, based on partial, unofficial results from the Commission on Elections (Comelec) Transparency Server as of 3:50 p.m. on Tuesday.

Aside from the two, all candidates in the top 12 were also either endorsed by the President’s Partido Demokratiko Pilipino-Lakas ng Bayan (PDP) or his daughter Davao City Mayor Sara Duterte’s Hugpong ng Pagbabago.

Unofficial vote tally from the poll body’s transparency server showed the following ranking among senatorial candidates, based on the preference of voters in Davao City:

No candidate from the opposition was included in the top 12 senatorial candidates voted by residents in the city.

Initial data from the Comelec showed 635,263 out of 984,604 registered voters in Davao City cast their votes for the midterm polls, with 99.82 percent of election returns processed as of posting. cfc

We’ll back Duterte, but we won’t be lapdogs – Dela Rosa