We’ll back Duterte, but we won’t be lapdogs – Dela Rosa 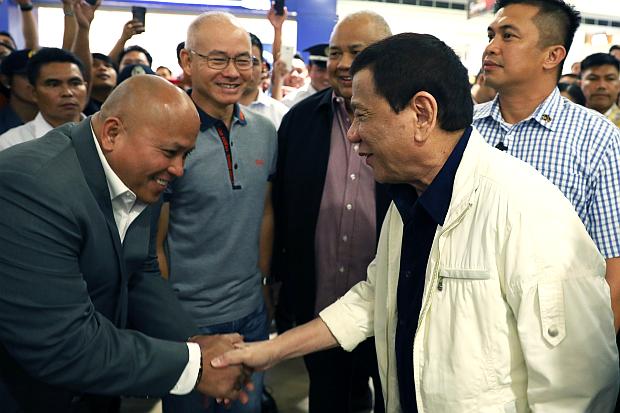 Speaking at the last campaign rally of the Partido Demokratiko Pilipino–Lakas ng Bayan (PDP-Laban) in Pasig on Saturday, Dela Rosa said that they would not be dictated by the administration should they win.

“It’s very different thing to be a senator who’s very cooperative, very supportive of the programs of Malacañang and to be a senator being dictated to by Malacañang. I’m in the first category,” he said, speaking partly in Filipino. “We will support the president all the way. That’s what we have agreed on. That’s our goal because we want to improve our country.”

He also disagreed with those who think that bets backed by the administration would become lapdogs of the President.

“They say we’re just lapdogs of Malacañang, that the principle of check and balance in the three branches of government — the executive, legislative and judiciary — would be destroyed,” he said. “They’re wrong… We will support Malacañang all the way, but we will not be dictated to.”