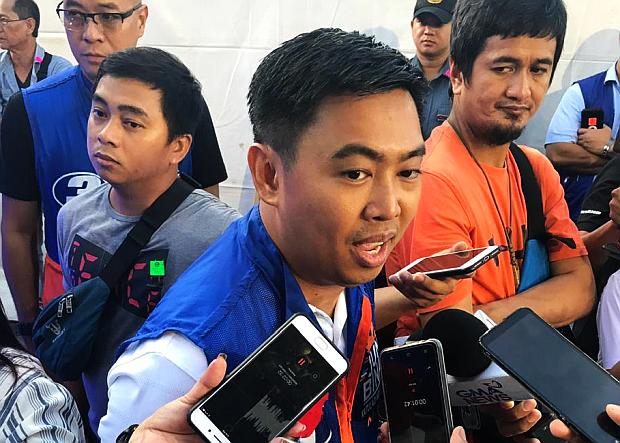 Former Makati Mayor Junjun Binay talks to reporters before the start of his mitín de avance in Makati on Saturday, May 11, 2019. (Photo by CONSUELO MARQUEZ / INQUIRER.net)

“I believe I will win because people in all the places I visited here in Makati tell me one thing – that they will vote for me,” Binay, speaking in Filipino, told reporters before the start of his mitín de avance in Makati on Saturday.

“If we will just believe the surveys, then why do we have to go through this political exercise?” he added

In a Pulse Asia survey, Abby gained 71 percent of the vote, which is higher than Junjun’s 22 percent.

But Junjun said that what would matter would be the results on Election Day, not survey results.

Asked if he had any regrets in his campaign, Junjun said he would have wanted to spend more time with his family but he still chose to run for mayor.

“I could have taken an easier path. I could have spent more time with the family,” he said. “But there’s something bigger than me and that’s the people of Makati.”