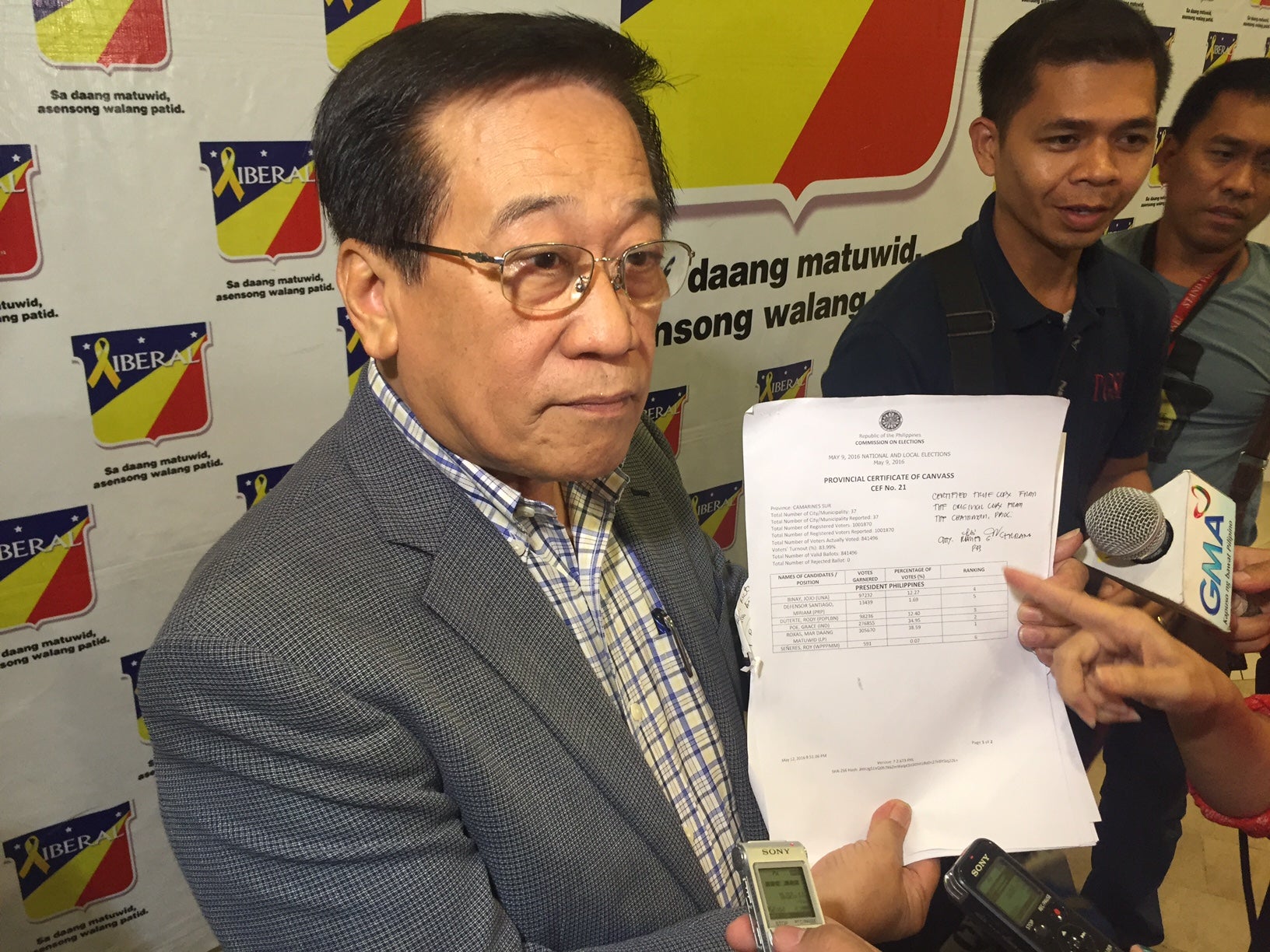 Macalintal ranked 26th with 3,850,467 votes as of the 8:15 a.m. partial and unofficial tally of the Parish Pastoral Council for Responsible Voting (PPCRV)-Inquirer Transparency Server.

“Thank you for this great opportunity and rewarding experience to offer my services to all of you as a public servant in the Senate,” the contender said in a statement.

“But from the results coming from all the clustered precincts, it is clear that a great majority of our voters have chosen other candidates. And I respect their decision as I concede defeat in this senatorial race,” he added.

Macalintal, who is advocating the welfare of senior citizens and persons with disability, is running under the Otso Diretso banner. He is Vice President Leni Robredo’s legal counsel in an ongoing election protest against her.

Read Next
Robredo: The fight isn’t over
EDITORS' PICK
House energy committee chair Arroyo bats for cheap electricity
Guarding Sara: Why next VP is getting own security team
WHO says monkeypox is not yet a health emergency
Metro Manila logged most number of new COVID-19 cases — OCTA Research
A massive highway complex makes living in the South highly attractive
Beyond the Chocolate Hills: A farm-to-table, heritage culinary adventure of Bohol
MOST READ
Leon Barretto steps up for sisters, asks dad Dennis Padilla: ‘Please stop resorting to public shaming’
LOOK: Rita Daniela pregnant with first child
Marjorie Barretto to speak up on Dennis Padilla, kids’ relationship ‘in time’
Bea Alonzo, under lie detector test, says she wants prenup agreement with future husband
Don't miss out on the latest news and information.