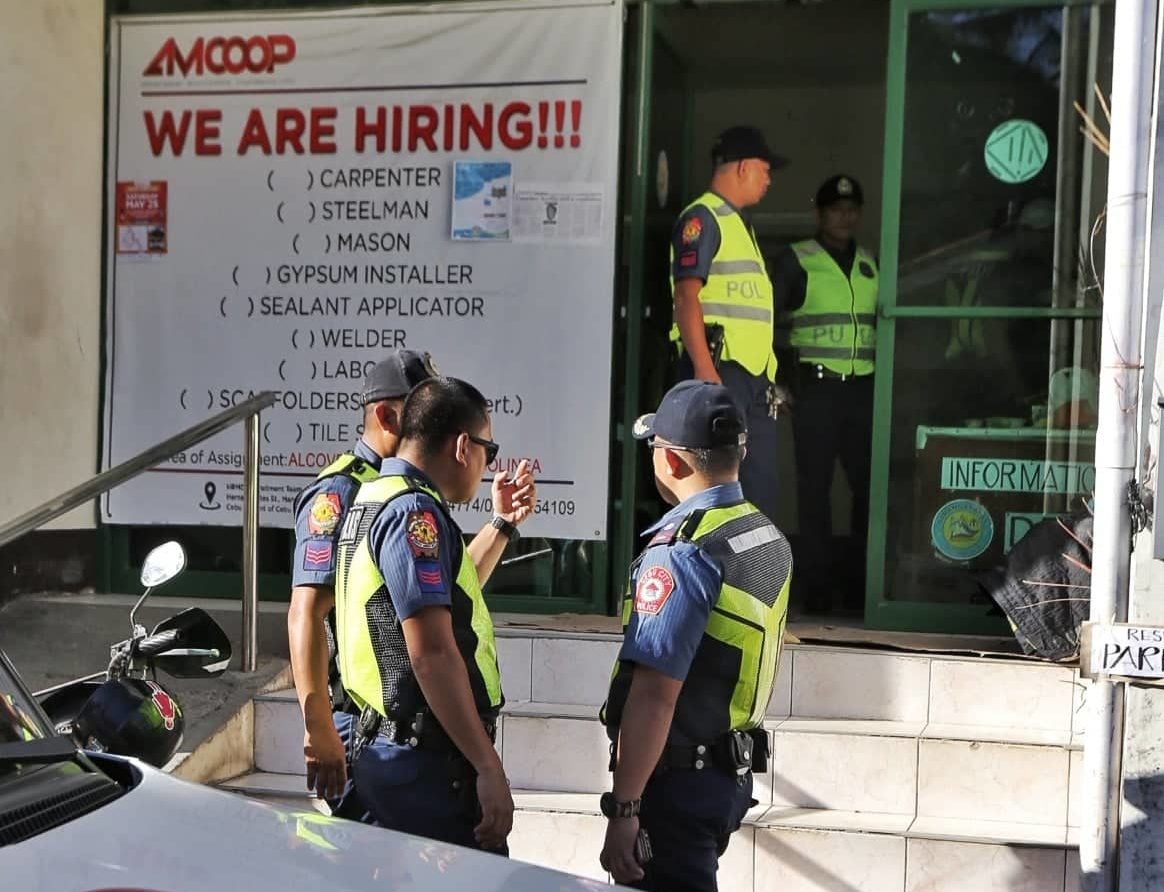 Policemen have been deployed to the barangay hall in Apas, Cebu City after armed men barged into the office past 3 p.m. on Monday and hurt two village watchmen. Photo by Junjie Mendoza, Inquirer Visayas

CEBU CITY, Philippines— The Police Regional Office in Central Visayas (PRO-7) has ordered its investigators to search for the armed men who allegedly ransacked the village hall and harassed the staff members of Barangay Apas, Cebu City on Monday afternoon.

“They were asking for the barangay captain and the money. We suspected they were looking for the money for vote buying. That’s just our assessment,” he said.

In a report over dyLA, two village watchers were hurt after they jumped out of the window upon seeing the unidentified men.

Sinas said they were checking the closed-circuit television cameras to help identify the armed men.