MANILA, Philippines — A 67-year-old man, who brought a Philippine flag while exercising his right to suffrage, said he will vote for Otso Diretso senatorial bets to have “checks and balances” in the Duterte government. 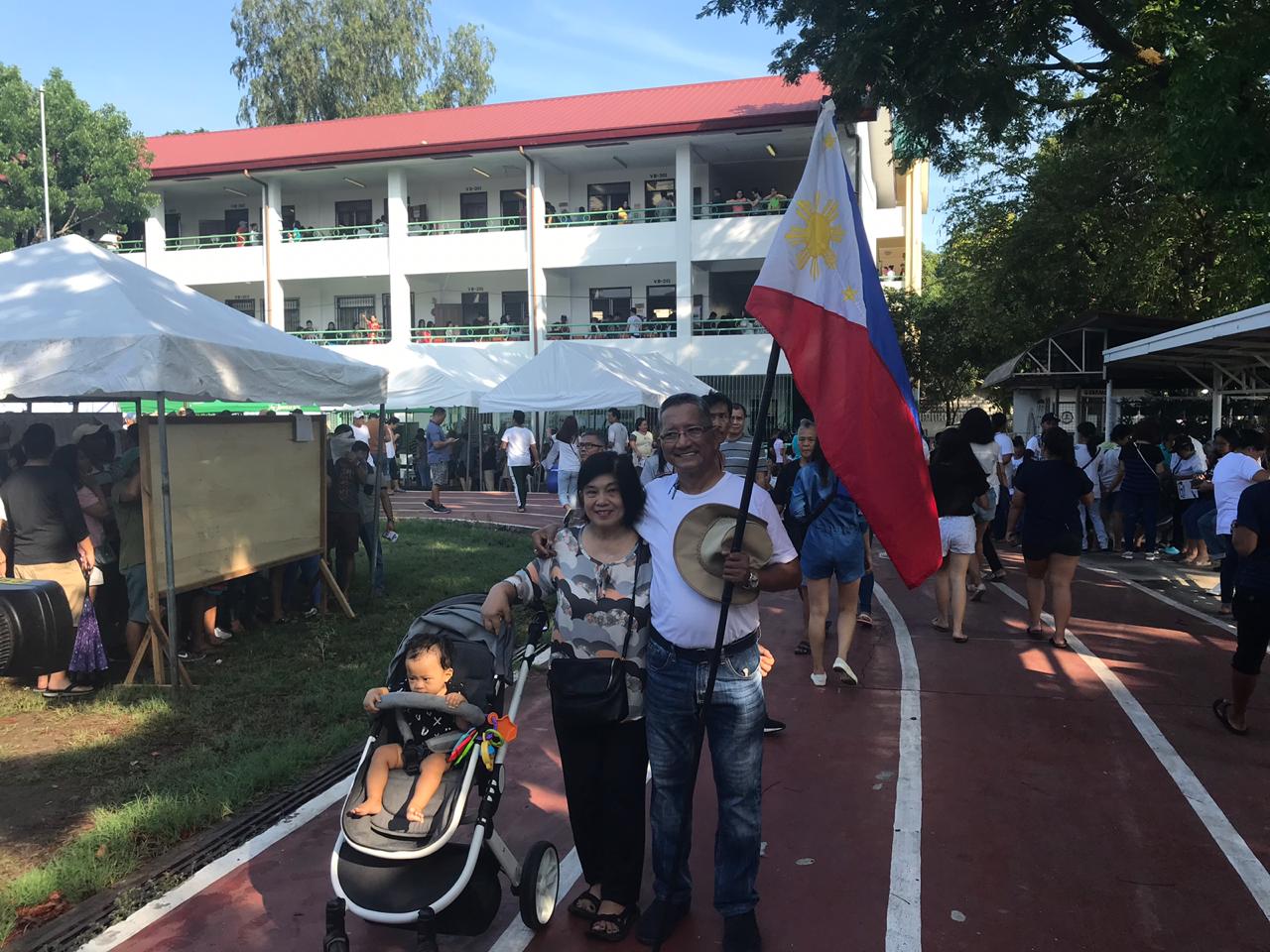