Villar led in the survey released on Saturday, having a 55.9 percent voter preference.

With her voter preference of 45 percent, Taguig City Rep. Pia Cayetano found herself in second to fourth place. Cayetano was followed by long-time Presidential aide Christopher “Bong” Go with a 42 percent voter preference.

Among those with a statistical chance of winning, 11 candidates belong to the administration-backed Hugpong ng Pagbabago (HNP) coalition, one is running as an independent candidate (Poe), one from the Nationalist People’s Coalition (Lapid), one from the United Nationalist Alliance (Binay).

Aquino was once again the lone candidate from the opposing Liberal Party (LP) to enter the survey’s list of probable winners. 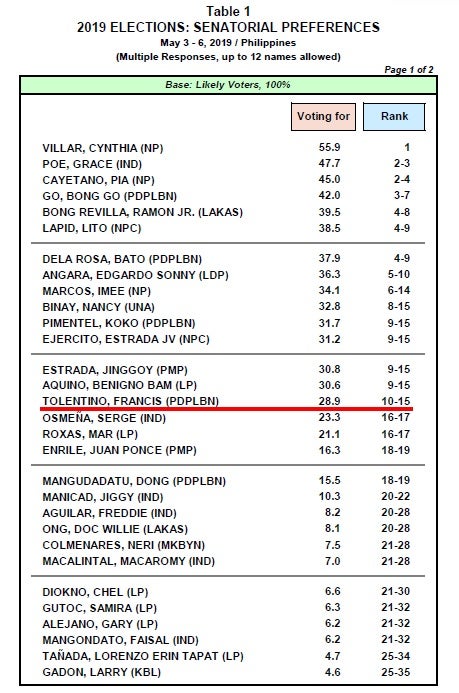