US sends assault ship, missiles to Mideast amid Iran ‘threat’ 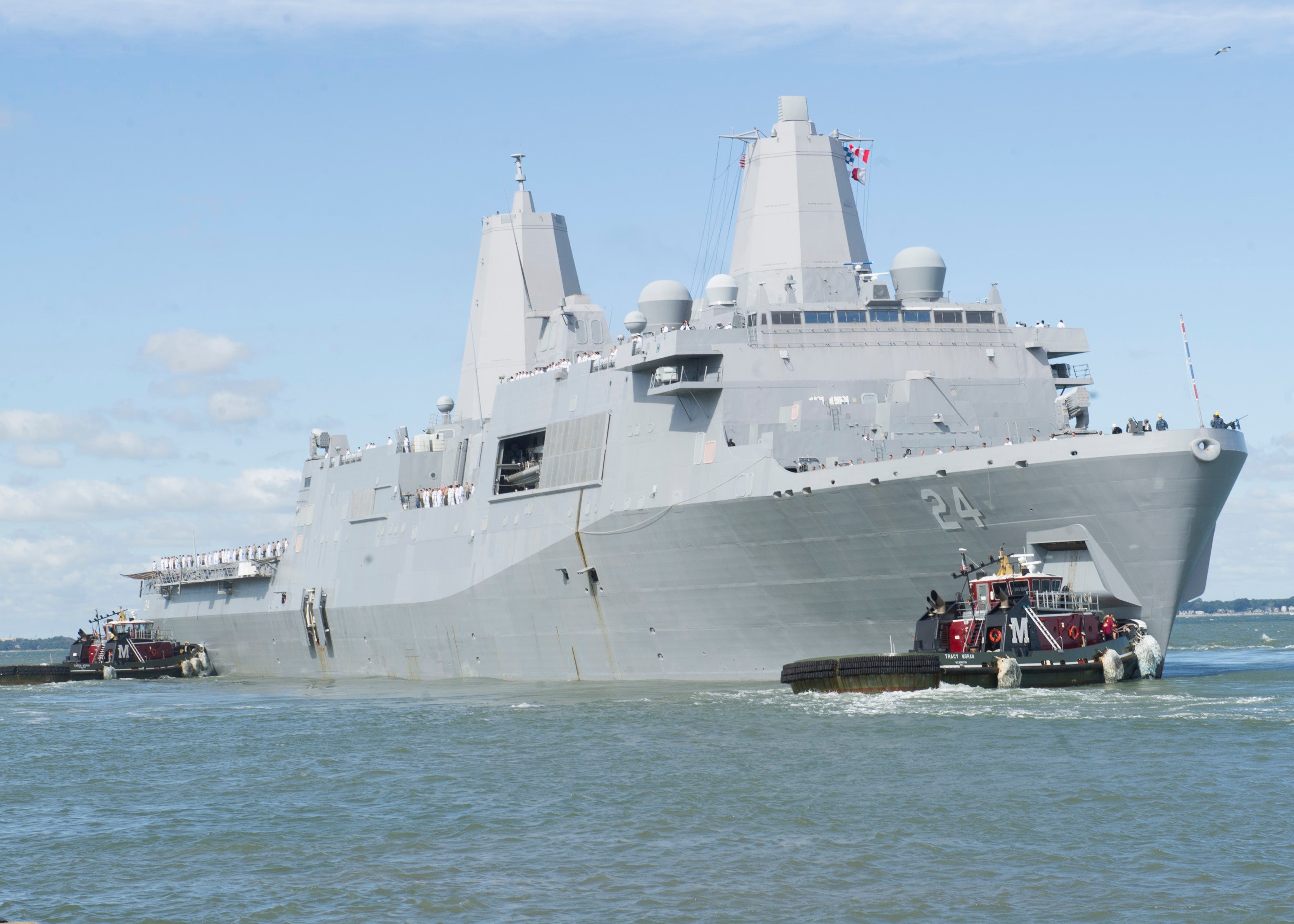 Sailors and Marines man the rails aboard the amphibious transport dock USS Arlington (LPD 24) in this October 2015 photo.  The Pentagon announced on Friday, May 10, 2019, that the Arlington and a Patriot air defense system will join the USS Abraham Lincoln Carrier Strike Group and a B-52 bomber task force headed toward the Gulf after intelligence reports suggested Iran was planning some sort of attack in the region. US NAVY PHOTO / MCSS AMY M. RESSLER

WASHINGTON, United States – The Pentagon announced Friday that it is deploying an amphibious assault ship and a Patriot missile battery to the Middle East to bolster an aircraft carrier force sent to counter alleged threats from Iran.

The USS Arlington, which transports marines, amphibious vehicles, conventional landing craft and rotary aircraft, and the Patriot air defense system will join the USS Abraham Lincoln Carrier Strike Group and a B-52 bomber task force headed toward the Gulf after intelligence reports suggested Iran was planning some sort of attack in the region.

The deployment is “in response to indications of heightened Iranian readiness to conduct offensive operations against US forces and our interests,” the Pentagon said in a statement.

“The Department of Defense continues to closely monitor the activities of the Iranian regime, their military and proxies,” it said.

“The United States does not seek conflict with Iran, but we are postured and ready to defend US forces and interests in the region.”

On Sunday US President Donald Trump’s national security advisor John Bolton announced the deployment of the Lincoln group and bombers saying he wanted to send a “clear and unmistakable” message to Iran about any attack against the US or its partners in the region.

Washington though has not elaborated on the alleged threat, drawing criticism that it is overreacting and unnecessarily driving up tensions in the region.

Iran dismissed the deployment of the Lincoln as old news, but followed it with an announcement that it would suspend some of its commitments under the landmark 2015 nuclear deal with major powers abandoned by Washington last year.

Amid the rising tensions, Trump said Thursday he is open to talks with Tehran’s leadership.

“We don’t want them to have nuclear weapons — not much to ask,” he said. /cbb