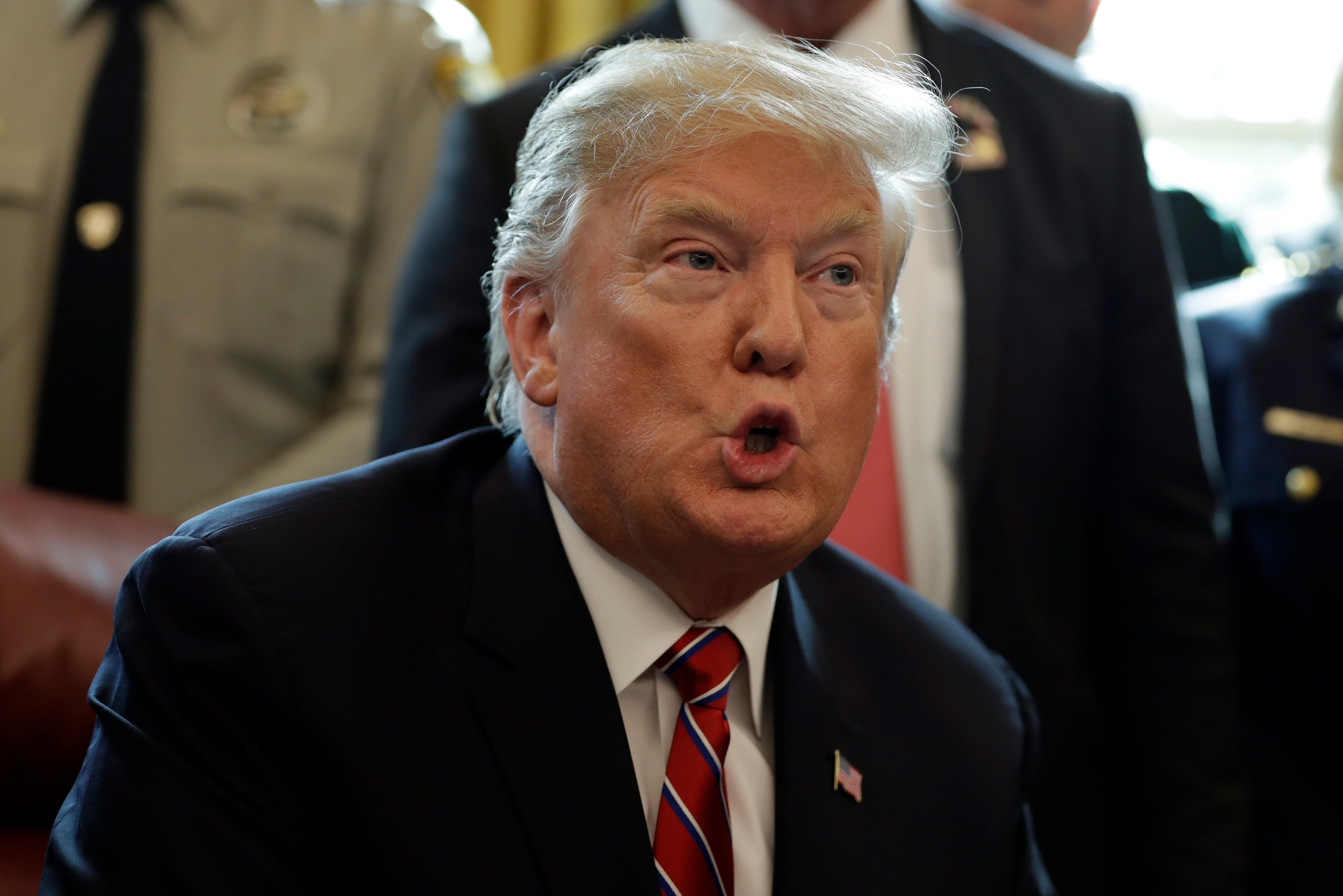 Neal reminded the two Trump appointees in a Friday letter that federal law states that the IRS “shall furnish” the tax returns of any individual upon the request of the chairmen of Congress’ tax-writing committees and that Ways and Means “has never been denied” a request.

The White House and the Democratic-controlled House are waging a multi-front battle over investigations into Trump and the administration has been refusing to comply across the board, refusing to comply with subpoenas for the unredacted report by Special Counsel Robert Mueller and documents related to the testimony by former White House Counsel Donald McGahn.

If Mnuchin and Rettig refuse to comply with the subpoenas, Neal is likely to file a lawsuit in federal court. He indicated earlier this week that he was leaning toward filing a court case immediately but changed course after meeting with lawyers for the House.

Neal originally demanded access to Trump’s tax returns in early April. He maintains that the committee is looking into the effectiveness of IRS mandatory audits of tax returns of all sitting presidents, a way to justify his claim that the panel has a potential legislative purpose. Democrats are confident in their legal justification and say Trump is stalling in an attempt to punt the issue past the 2020 election.

In rejecting Neal’s request earlier this week, Mnuchin said he relied on the advice of the Justice Department. He concluded that the Treasury Department is “not authorized to disclose the requested returns and return information.” Mnuchin has also said that Neal’s request would potentially weaponize private tax returns for political purposes.

Republicans say Neal is using the arcane 1924 law that empowers him to obtain any individual’s tax filing to play politics with Trump. Democrats also want to probe into Trump’s business dealings, particularly his business relationships with foreigners and to see who he owes money to.

“Your request is merely a means to access and make public the tax returns of a single individual for purely political purposes,” said ranking Ways and Means panel Republican Kevin Brady, R-Texas.

“While I do not take this step lightly, I believe this action gives us the best opportunity to succeed and obtain the requested material,” Neal said in a statement.

Trump has privately made clear he has no intention of turning over the much-coveted records. He is the first president since Watergate to decline to make his tax returns public, often claiming that he would release them if he was not under audit.

But the president has told those close to him that the attempt to get his returns was an invasion of his privacy and a further example of what he calls the Democrat-led “witch hunt” — like Mueller’s Russia probe — meant to damage him.

Trump has repeatedly asked aides as to the status of the House request and has not signaled a willing to cooperate with Democrats, according to a White House official and two Republicans close to the White House.

He has linked the effort to the myriad House probes into his administration and has urged his team to stonewall all requests. He also has inquired about the “loyalty” of the top officials at the IRS, according to one of his advisers.

Trump has long told confidants that he was under audit and therefore could not release his taxes. But in recent weeks, he has added to the argument, telling advisers that the American people elected him once without seeing his taxes and would do so again, according to the three officials, who were not authorized to speak publicly about private conversations and spoke on condition of anonymity.