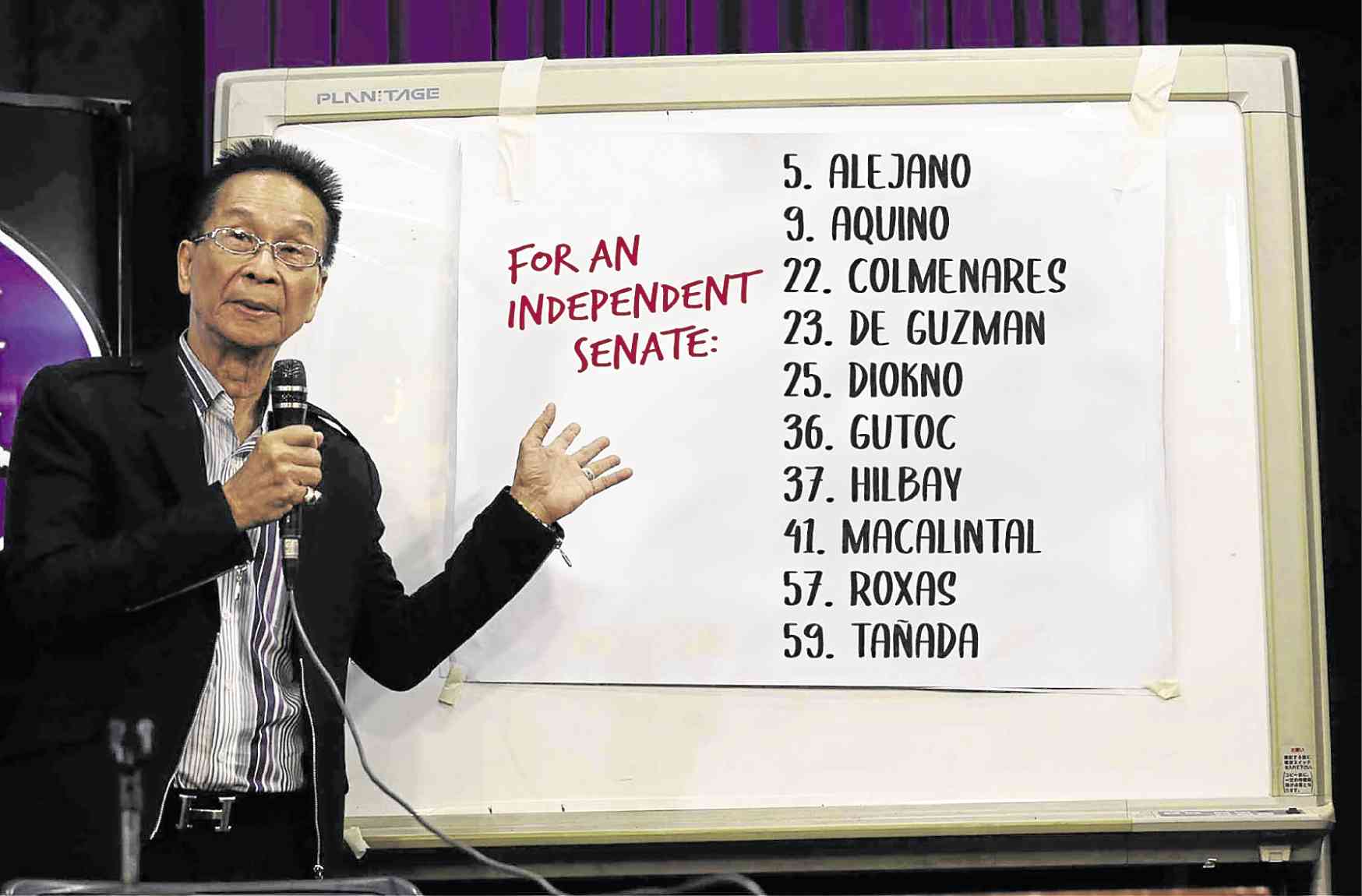 NOT FUNNY Presidential spokesperson Salvador Panelo says an edited image of him endorsing opposition bets posted in a satirical Facebook page amounts to a “defamatory imputation.”

This is one Facebook meme that Malacañang does not find funny.

Presidential spokesperson Salvador Panelo has slammed an edited image of him purportedly endorsing opposition bets, saying the imputations are defamatory.

Panelo called on Facebook’s “fact-checkers” to do their jobs with impartiality after he was miffed over the political meme posted by the satirical Malacañang Events and Catering Services page.

“An anti-Duterte Facebook page has posted today an edited online image of me taken from my May 8 news briefing purportedly endorsing the slate of Ocho Derecho senatorial candidates and others,” Panelo said on Friday.

He added: “While we understand that the post is a political meme, which is the norm in this campaign season, the same however amounts to a defamatory imputation.”

Panelo was reacting to the satirical page’s edited image of him supposedly endorsing 10 opposition senatorial candidates “for an independent Senate.”

The original photo was taken during a press briefing earlier this week, where he revealed a conspiracy allegedly led by the Liberal Party and the Magdalo group to discredit President Duterte.

However, Panelo pointed out that some netizens are still gullible and easily believe what they see or read on the internet, “including images that have been obviously altered, edited or Photoshopped.”

“It is for this reason that I strongly denounce the malicious use of my image for black propaganda and political mudslinging. This is nothing but false news dished out by the supporters of the political opposition which by its reckoning is headed for a resounding debacle,” he said.

Saying the opposition is “showing signs of extreme desperation” as May 13 or Election Day draws near, Panelo criticized the meme as an “attempt at maliciously misleading the voters by circulating online the bogus endorsement.”

He noted that such an attempt “shows that this representation has been effective in neutralizing the black propaganda spread against the President, his family and this administration.

Panelo pointed out that the Duterte administration’s detractors, acting as “purveyors of the false news hope to succeed in impairing the credibility of the presidential spokesperson.”

“It is an alterable dictum that truth always springs in full splendor no matter how you embellish it or even if you cover it with the Rock of Gibraltar,” he said.