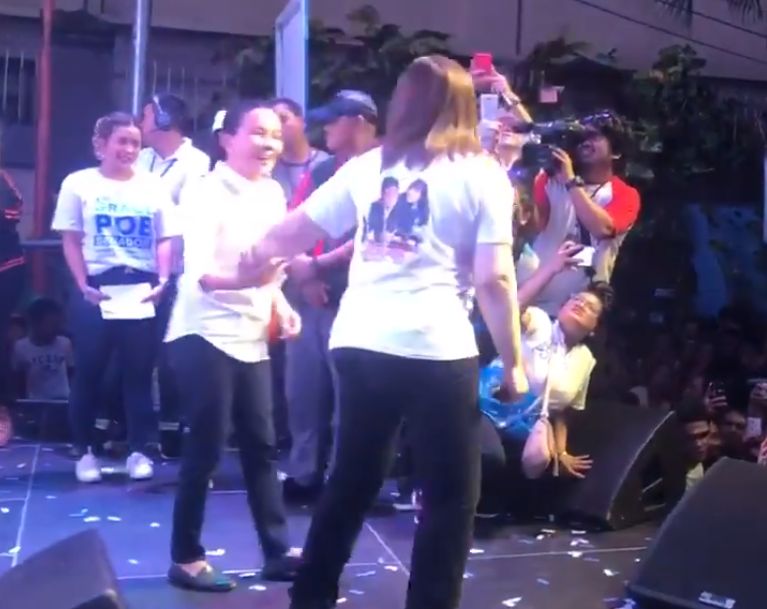 Both reelectionist senator Grace Poe and megastar Sharon Cuneta are ecstatic on seeing each other at the stage of the miting de avance in Tondo.

MANILA, Philippines— She may be running without a political group but big stars gathered on Friday to show their support for Senator Grace Poe.

Megastar Sharon Cuneta’s appearance for the first time at Poe’s campaign was one of the highlights of Poe’s miting de avance in Tondo, Manila.

Cuneta is the wife of Senator Francis Pangilinan, who happens to be the president of opposition Liberal Party.

Pangilinan is also the campaign manager of the opposition’s senatorial ticket in the May 13 elections.

Martin performed a number of songs, and was even joined by Poe when he belted out the popular song “Buwan.”

Senator Sherwin Gatchalian, who is part of the Nationalist People’s Coalition (NPC), was also in attendance.