Pampanga court amends HDO vs Dumlao to cover all ports 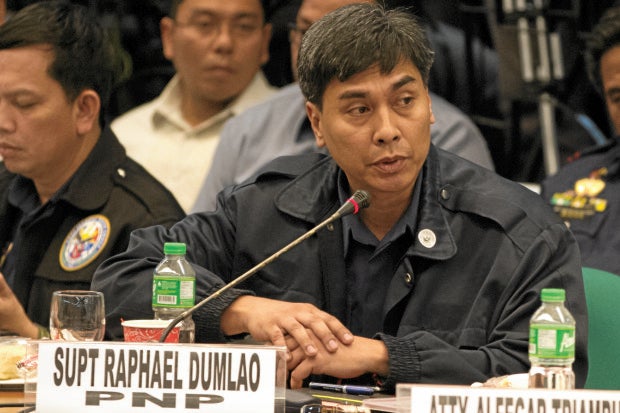 MANILA, Philippines —The Angeles City Pampanga Regional Trial Court (RTC) has amended the hold departure order (HDO) it issued against the alleged mastermind in the death of South Korean businessman Jee Ick Joo to cover all airports and seaports.

“Let an amended order be issued in these cases directing the Commissioner of the Bureau of Immigration (BI) to prevent accused Police Lieutenant Colonel Rafael Dumlao III from utilizing all airports and seaports of the Philippine islands to escape and flee to another country during the pendency of these cases,” read the court’s order.

The Pampanga court released the amended HDO after government prosecutors called its attention that its previous order only covered the BI office at the Ninoy Aquino International Airport (NAIA). /je 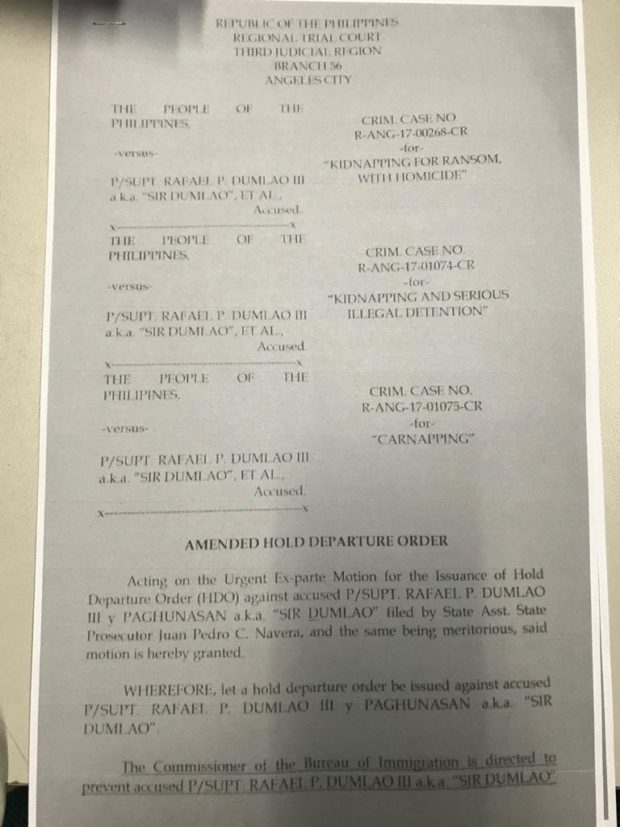 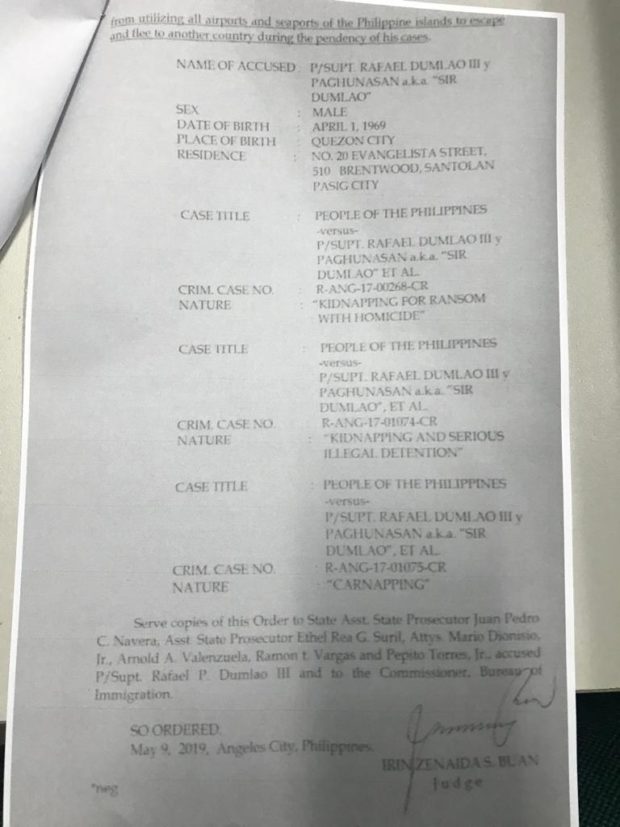 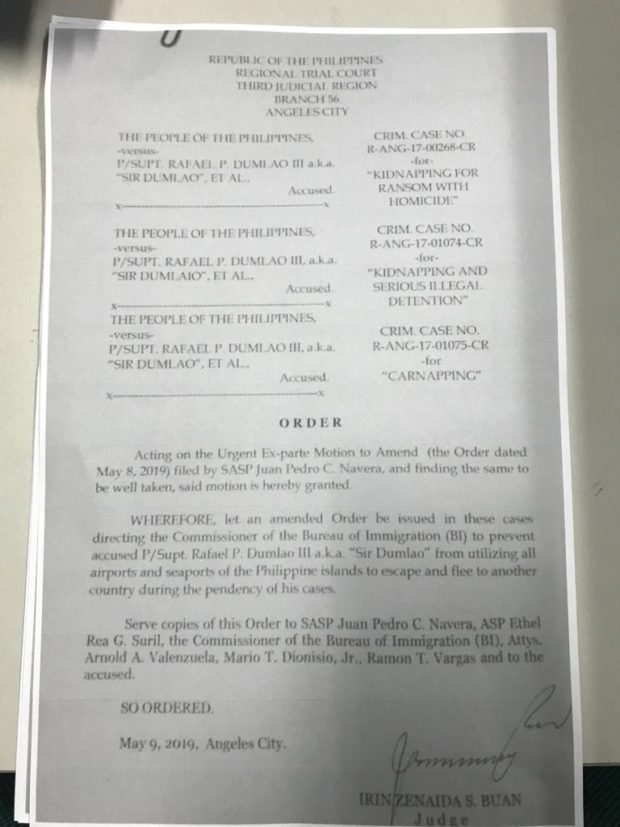