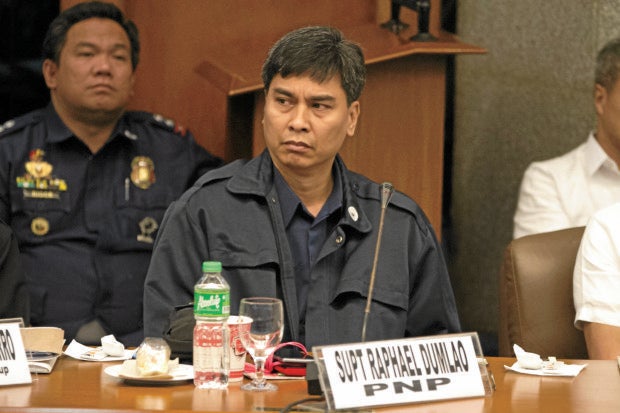 MANILA, Philippines —Government prosecutors have asked the Pampanga Regional Trial Court (RTC) to amend the hold departure order (HDO) it issued against the police officer tagged as brains behind the death of South Korean businessman Jee Ick Joo to include all airports and seaports apart from the Ninoy Aquino International Airport (Naia).

Angeles City, Pampanga RTC Branch 56 issued the HDO against Police Lieutenant Colonel Rafael Dumlao III to prevent the possibility of escaping after he was granted bail for his temporary liberty.

However, the court’s original order specifically mentioned only the Travel Control Bureau of the Bureau of Immigration (BI) and only one specific airport–the Naia.

“The people stress that directing only the BID in Naia would render inutile the very purpose of the HDO since there are other airports and seaports where accused can clearly and easily depart from to escape and seek refuge to another country,” read the urgent motion.

So as not to “frustrate the ends of justice,” government prosecutors told the court that “an amendment of the said HDO to include all offices of the Bureau of Immigration in all airports and seaports of the Philippines is in order.”