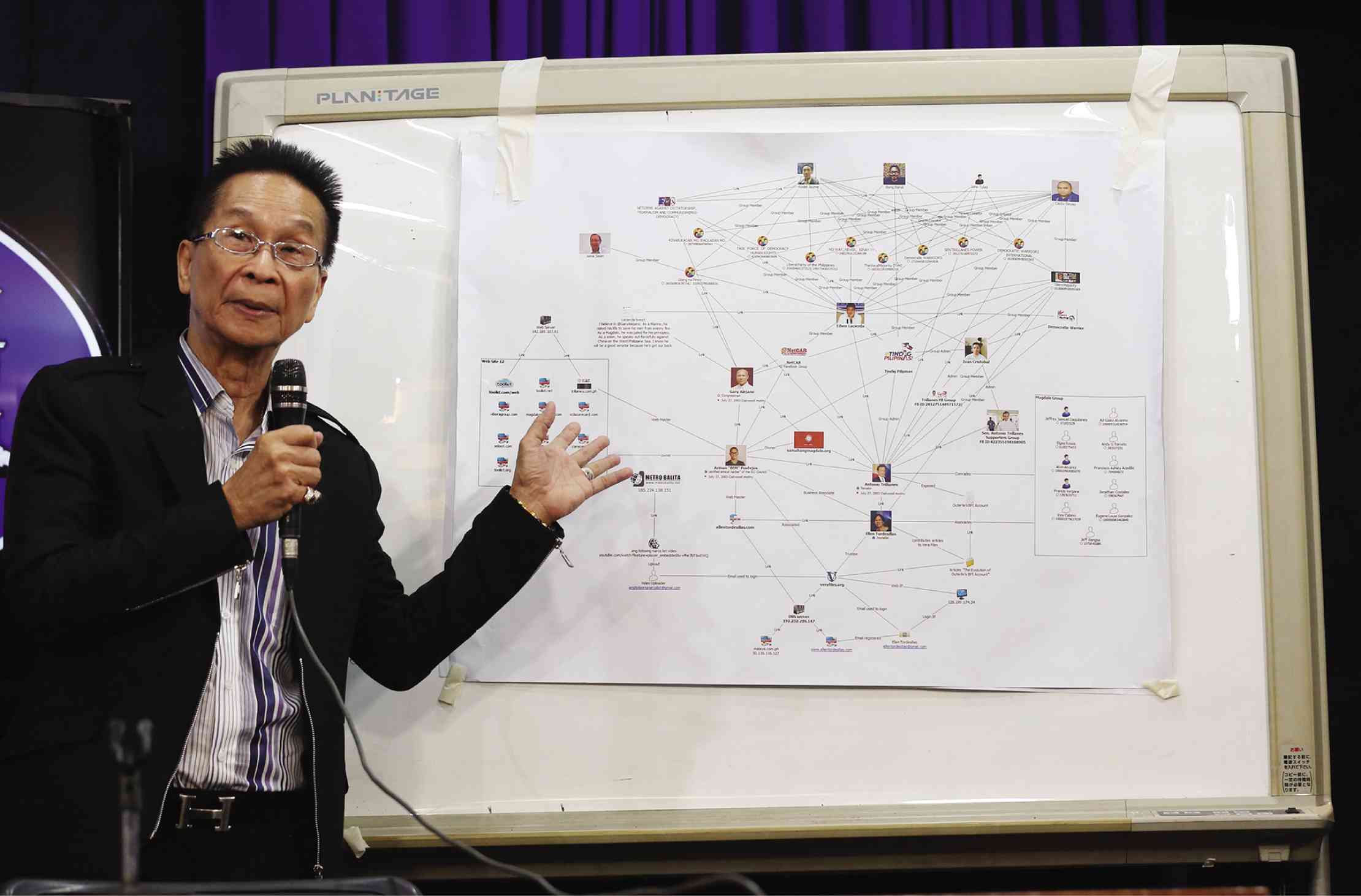 MANILA, Philippines — Malacañang will leave it up to the Department of Justice (DOJ) to file charges against the people tagged in the matrix allegedly meant to oust President Rodrigo Duterte.

“We will leave to the Department of Justice the task of prosecuting the people who appear to have violated the law,” Presidential Spokesperson Salvador Panelo said in a statement Thursday.

“Due process is given, its observance is unequivocal as it is mandatory, as demanded by the Constitution and as meticulously and strictly observed by this Administration. It is in the legal arena that the rules on evidence will hold sway. The parties will be given their day in court,” he added.

Panelo released a new set of diagrams on Wednesday showing the alleged conspiracy between the Liberal Party, administration critics, the Magdalo party-list and some media outlets to discredit  Duterte and boost the candidacies of the opposition senatorial bets in the May 13 polls.

The diagrams also showed the alleged links of opposition members to the Bikoy videos, which tagged Duterte and some members of his family to the illegal drug trade.

“They demand that the allegations in the videos be investigated. The government’s time and taxpayers’ money cannot be wasted on an inquiry against those Bikoy maliciously named, including the President’s teenage daughter, Kitty,” Panelo said.

“The lies dominating in said videos have been undressed naked. Some claims are incredible if not absurd to merit even a cursory attention,” he added.

The Palace official said this as personalities mentioned in the matrices denied involvement in the alleged ouster plot.

Panelo, who is also Duterte’s chief legal counsel, said their “poker-faced denials” are “naturally” expected of them, “yet one begins to wonder why they were all praises for the Bikoy videos, with some even anticipating the online release of the same as if they already knew of their existence.”

“In a democracy, constructive dissent makes it vibrant and this Administration welcomes its exercise,” Panelo said.

“When it, however, crosses the line of acts falling as crimes under the Revised Penal Code, then the dissenters become transgressors of law and the constituted authorities are duty bound to enforce the law and cause their prosecution,” he added.

Panelo noted that Malacañang released the matrices “pursuant to the constitutional duty of the President to inform the public anchored on the right of the people to information as enshrined in the Bill of Rights of the Constitution.”

In a speech in Bohol Wednesday night, Duterte said he was not interested in filing charges against those behind what calls “black propaganda” against his family. /cbb

READ: Duterte not interested in suing people in ‘ouster matrix’