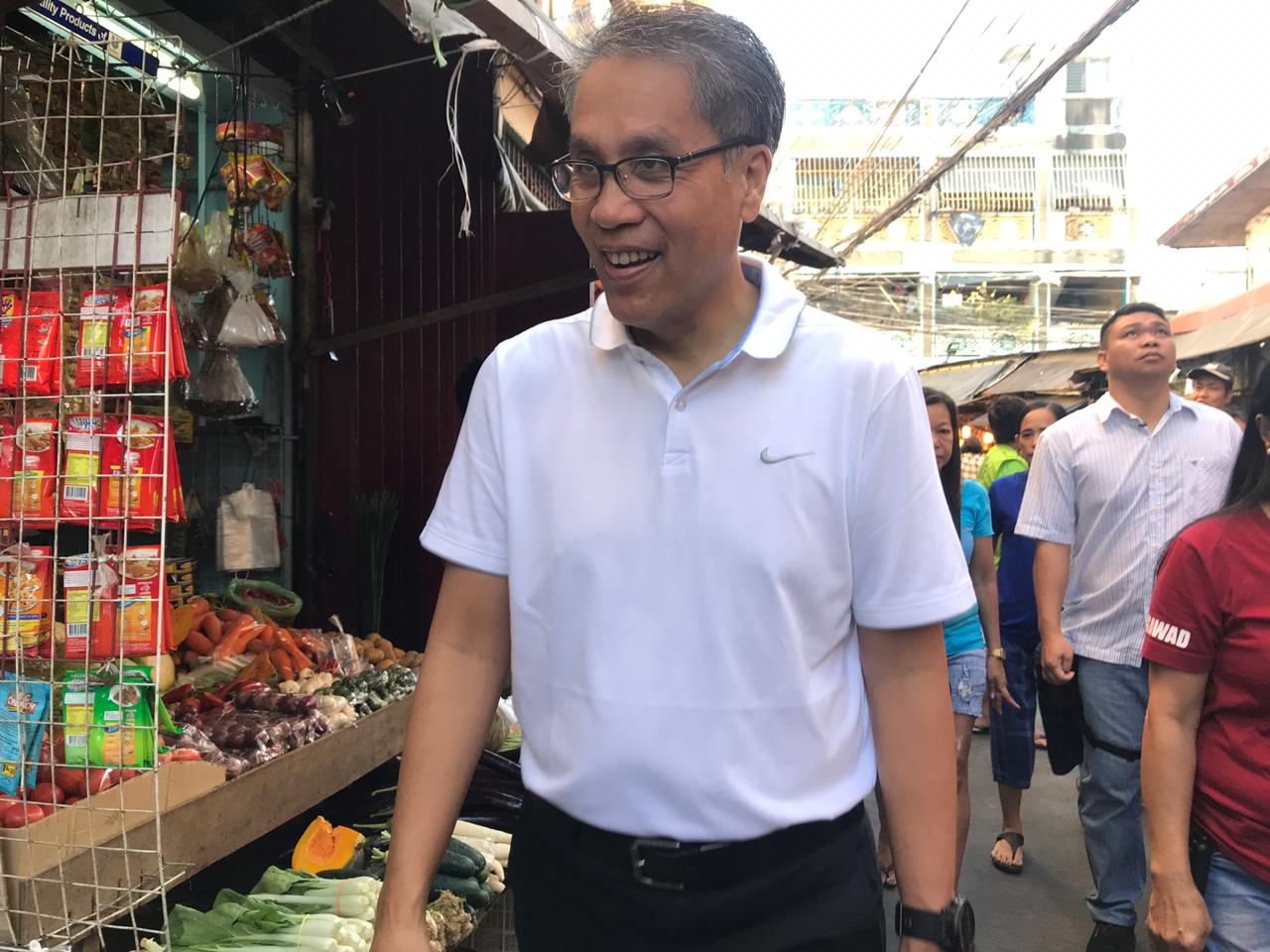 Former Interior Secretary Mar Roxas issued this remark as he laughed off the administration’s allegations linking him to supposed scheme to unseat President Rodrigo Duterte.

In an ambush interview on Wednesday, Roxas denied any involvement with the “Ang Totoong Narcolist” videos where a certain “Bikoy” accused President Rodrigo Duterte’s family members as well as long-time aide Bong Go of being involved in the illegal drug trade.

Roxas also denied previous claims of Peter Joemel Advincula, who showed up at the Integrated Bar of the Philippines (IBP) headquarters in Ortigas, Pasig City on Monday and identified himself as Bikoy, that he is also involved in illegal drugs.

Senate President Tito Sotto on Wednesday said in a press conference that Advincula had also linked Roxas as well as former President Benigno S. Aquino III, and Senator Leila de Lima, among others, to a drug syndicate in an affidavit submitted to his office in 2016.

Panelo said information in the matrices were based on an intelligence report.

Roxas’ fellow Otso Diretso senatorial candidates have already denied involvement with any destabilization plots  as well as the release of the controversial “Ang Totoong Narcolist” videos, claiming it was just a desperate attempt to discredit them days before the May 13 midterm elections.

Prior to the release of an oust-Duterte matrix since April, the administration already accused the opposition of attempting to overthrow the government with military officials claiming LP and Magdalo group were conniving with communist rebels in the “Red October plot” last year. /kga