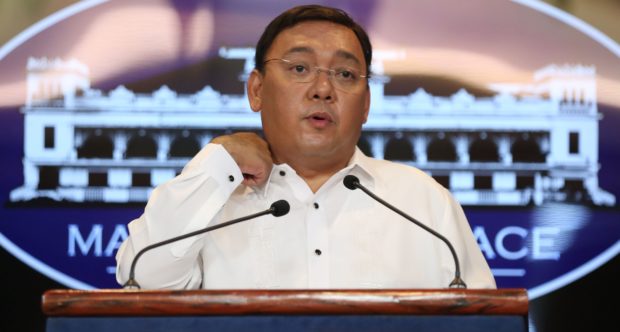 Malacañang on Friday stressed that the administration was not using the alleged ouster plan against President Duterte to overshadow the soaring prices of commodities.

Presidential Spokesperson Harry Roque even reiterated that the so-called “Red October” plot to remove Duterte in power was based on the military’s intelligence report.

(We don’t need to hide the problem we are facing. We are all affected by the inflation. That is why we made steps to lower the prices and this will happen.)

(If nothing is being done, it can be said that this is a diversion, but this one is intelligence coming from the military itself.)

Duterte has claimed that the Communist Party of the Philippines-New People’s Army, the opposition Liberal Party and the Magdalo group of Senator Antonio Trillanes IV, one of his fiercest critics, have conspired to oust him.

Malacañang, however, has repeatedly claimed that any attempt to overthrow Duterte won’t succeed as the President enjoys the loyalty of the military and support of Filipinos.

The alleged ouster plan against Duterte floated when the inflation rate clocked in at 6.4 percent in August, the highest in almost a decade.

Duterte’s economic team attributed this to the increase in prices of food and fuel products.