Lacson scraps Senate probe on ‘Bikoy:’ Enough of this nonsense 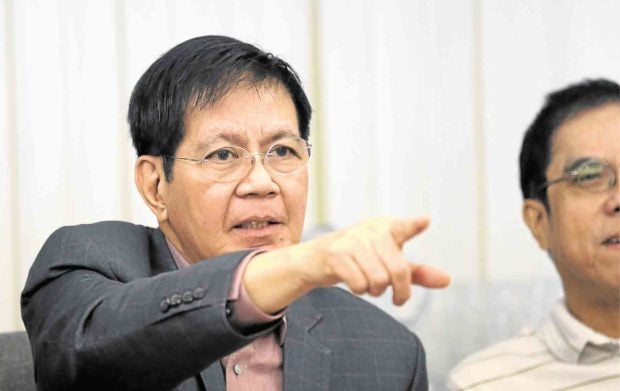 MANILA,  Philippines — The Senate investigation on “Bikoy’s” allegations will no longer push through on Friday.

Senator Panfilo Lacson announced the cancellation of the scheduled hearing of the Senate committee on public order, which he chairs, in a Twitter post on Wednesday.

READ: Friday Senate hearing on ‘Bikoy’ may not push through, says Lacson

“We are now recalling the letter of invitation sent to Advincula yesterday. Notices will be sent out for the cancellation of the committee hearing on Friday.”

“Enough of this nonsense,” he added.

Advincula is Peter Joemel Advincula, who claimed to be “Bikoy,” the hooded man in “Ang Totoong Narcolist” videos.

In the videos, “Bikoy” accused President Rodrigo Duterte’s relatives and allies of being involved in illegal drugs.

“The problem with asking Bikoy who are the people behind him is if we will believe him,”  Lacson added.

At the Kapihan sa Manila Bay,  Sotto revealed that Advincula was the same person who, in 2016,  also tried to link former President Benigno Aquino III  and other former officials in the illegal drugs trade.

“Definitely the person is not credible at all,” said the Senate leader.