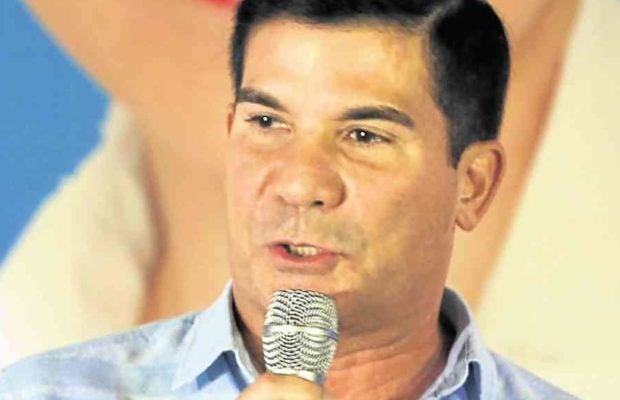 MANILA, Philippines — Actor Eduardo “Edu” Manzano, who is vying for San Juan City’s lone congressional seat, said on Tuesday he would appeal the cancellation of his certificate of candidacy (CoC) by the Commission on Elections.

Manzano, who is running under the banner of mayoral candidate Janella Ejercito Estrada, said he would bring his case to the Comelec en banc and the Supreme Court.

In a statement sent to the Inquirer, the Ejercito-Estrada clan’s Pwersa ng Masang Pilipino (PMP) party said the petition against its candidate was “a political concoction” of the clan’s rivals, the Zamoras.

Incumbent Rep. Ronaldo Zamora, a nine-term congressman, is seeking reelection while his son, Francis, is locked in a heated battle for mayor against Estrada.

“It’s unfortunate that the Zamora camp cannot accept that their sowing of chaos and division in the San Juan electorate is nearing a close,” the PMP said. “So they are [participating] in every desperate act to thwart the will of San Juaneños.”

It urged voters to shade Manzano’s name, which would remain on the official ballot, despite the Comelec ruling.

On Monday, the Comelec Second Division canceled Manzano’s CoC, saying he was not a Filipino citizen when he filed it in October.

The actor, it said, “committed material misrepresentation in his CoC when he declared therein that he is eligible for the office he seeks.”

Manzano, who was born in San Francisco, California, to Filipino parents, served in the US Armed Forces between 1973 and 1977—considered grounds for losing one’s Philippine citizenship under Commonwealth Act No. 63.

“When respondent voluntarily served in the US Armed Forces, he forfeited the priceless gift of Philippine citizenship bestowed [on] him by the Philippine Constitution,” the Comelec said. “From that moment, respondent is no longer a Filipino.”

The central question the Comelec had to resolve was whether Manzano was able to reacquire his Philippine citizenship after returning to the country.

It ultimately found that Manzano failed to comply with Republic Act No. 2630, which listed two requirements for regaining citizenship—taking an oath of allegiance to the Philippines and registering the same with the local civil registry in one’s place of residence.

“Respondent failed to reacquire his Philippine citizenship for noncompliance with the requirements of RA No. 2630 and is thus ineligible to run,” the Comelec said.

The petition against Manzano was filed in November by a San Juan voter, Sophia Patricia Gil.

Manzano’s citizenship was first questioned when he ran for Makati vice mayor in 1998. The Supreme Court ruled then in favor of Manzano, saying that because a CoC contained language amounting to an oath of allegiance, it was sufficient to renounce his US citizenship.

The Comelec, however, disagreed that a CoC could be used as a substitute for an oath of allegiance.