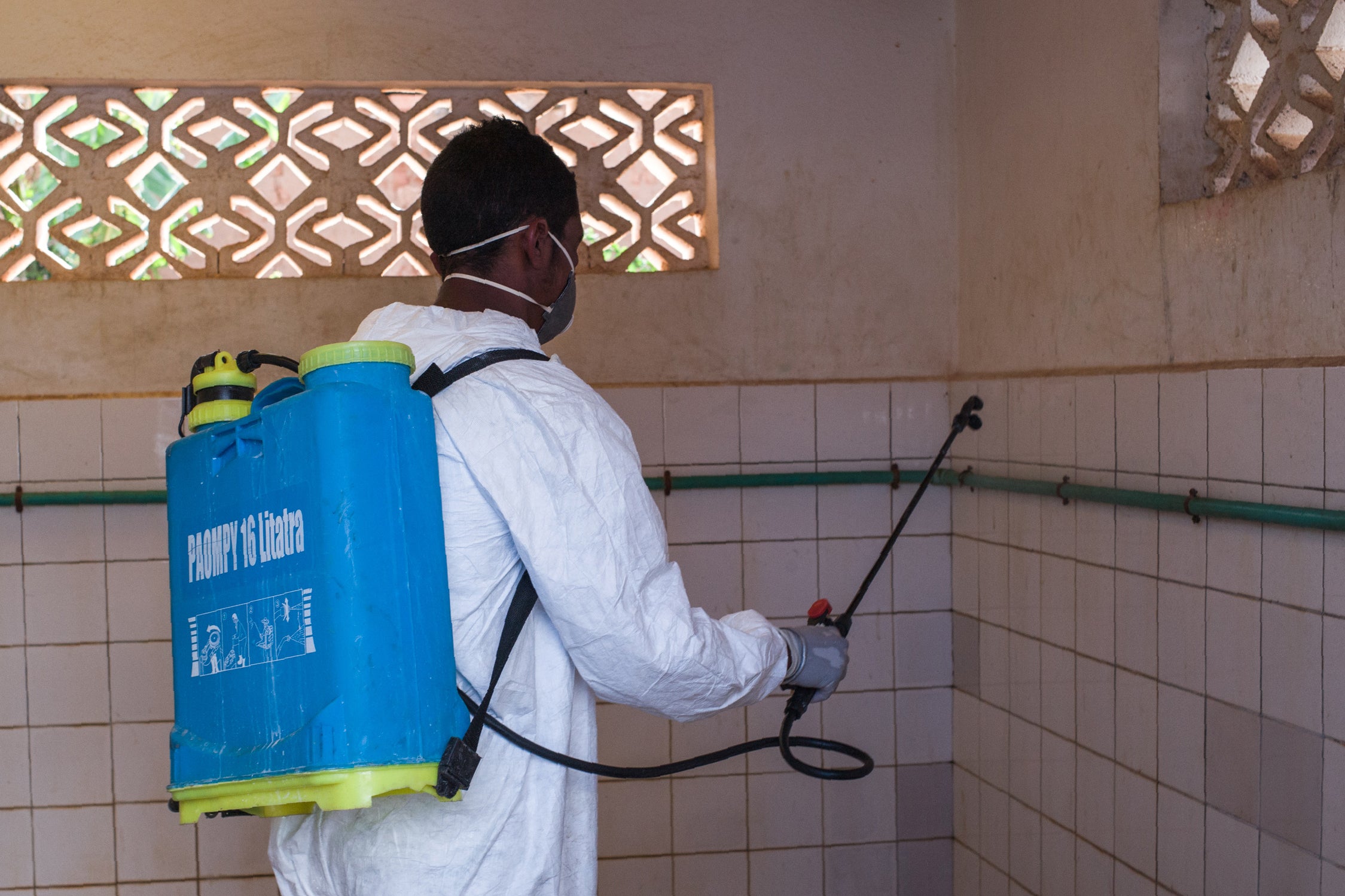 A health official sprays pesticide against fleas in this file photo. AFP FILE

PARIS, France – A police station in northeastern Paris had to be evacuated on Sunday after it was invaded by fleas, a police union said.

“Police station closed until further notice!” read an notice stuck to the front door of the station, which is located in the 19th district of the French capital.

In a fit of pique on Twitter, the Alliance police union said the station had been invaded by the blood-sucking pests, “making working conditions INTOLERABLE!!!”

Despite pest control efforts, the problem, which first surfaced three weeks ago, had not been eradicated with officers itching like crazy after suffering multiple bites, France Bleu Paris radio station reported.

And even off duty, some had inadvertently taken the fleas with them, with the high-hopping pests causing havoc back home, even biting their children, a union official told the station.

The Alliance union is demanding that the entire site be de-infested, saying it should have been done weeks ago.

Union officials are to meet on Monday with Interior Minister Christophe Castaner when they are sure to give him a flea in the ear. /cbb