MANILA, Philippines – Seventy-six percent of registered voters said they are aware of the party-list system as the May 13 midterm elections approach, a recent survey of Pulse Asia showed. 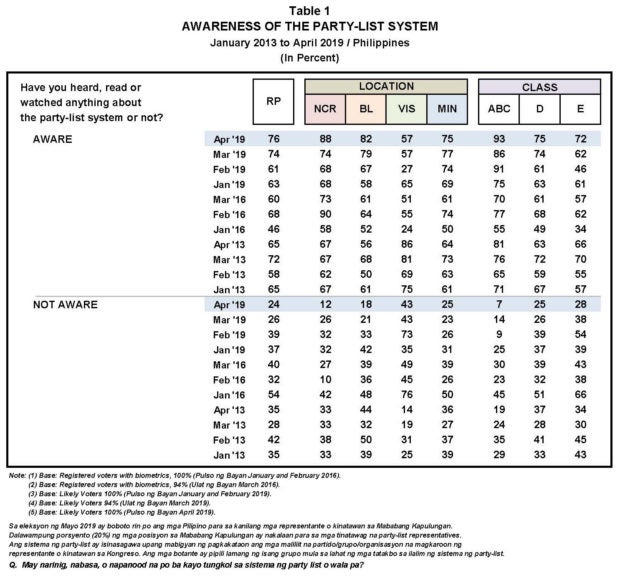 Survey results indicated that 76 percent of Filipinos surveyed from April 10 to 14 have “heard, read, or watched something about the party-list system.”

In the Visayas, only 57 percent of registered voters said they were aware of the system.

Meanwhile, the survey also showed that 13 out of 134 party-list groups will likely win seats in the House of Representatives if the elections were conducted during the survey period.

The Pulse Asia survey said that the following party-list groups will secure one seat in the House of Representatives:

Coalition of Association of Senior Citizens in the Philippines, Inc. – 2.92 percent

The survey conducted interviews with 1,800 voters aged 18 years old and above nationwide with +/- 2.3% error margin at the 95% confidence level. / gsg