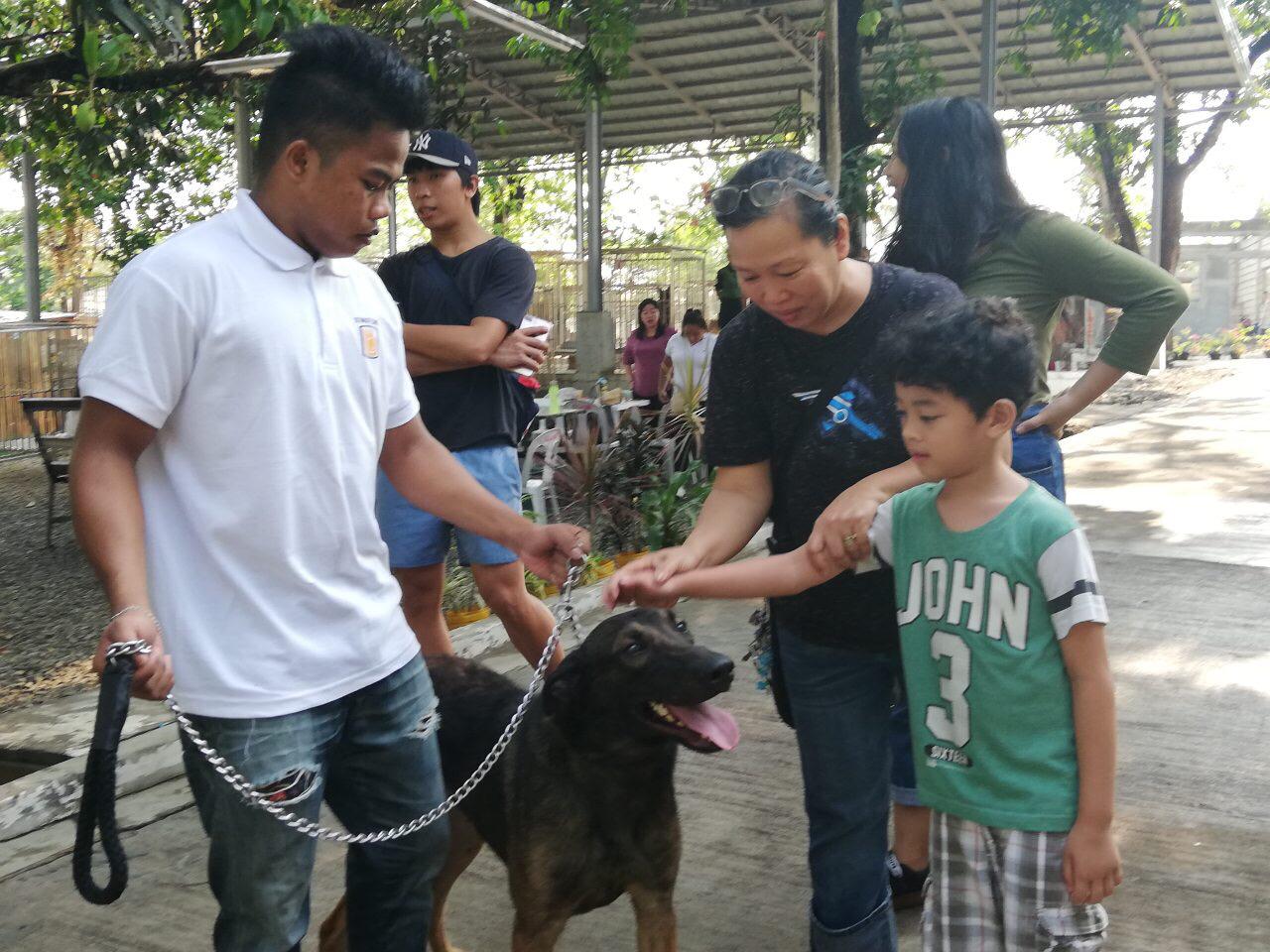 A child touches a Belgian Malinois trained for drug detection by the Philippine Drug Enforcement Agency (PDEA). Sixteen retired PDEA K9s are up for adoption. (Photo from PDEA)

MANILA, Philippines — Sixteen K9s trained by the Philippine Drug Enforcement Agency (PDEA) to detect illegal drugs have retired and are now up for adoption.

PDEA said 18 K9s, which the agency calls their “hero dogs,” have retired, including 14 Belgian Malinois, two Jack Russell Terriers, a German Shepherd, and a Labrador.

Only 16, however, were deemed fit for adoption, as the two Belgian Malinois were found to have aggressive behavior and will have to stay at the agency’s facility.

PDEA said seven of the retired K9s will be allotted to the agency’s personnel who had expressed their desire to adopt the dogs, while the remaining nine dogs will be open for adoption to interested individuals.

“The PDEA K9 Unit facility is not an ideal place for fostering these hero dogs, hence, they were made available for adoption so that they can have a stress-free environment and loving family that could give them care and attention,” Aquino said in a statement on Friday.

An announcement was made by PDEA in its Facebook page last week, and many showed interest and have inquired on the process of adopting the dogs.

According to PDEA, applicants for adoption of the K9s will undergo screening and interview from 7 a.m. to 7 p.m. on Friday (May 3) at the agency’s K9 facility in Sitio Lambakin, Barangay Sto. Cristo, in San Jose Del Monte City, Bulacan to determine their capacity to adopt the hero dogs.

PDEA said it will also conduct regular monitoring of the K9s with their adopters to ensure the dogs’ welfare. /muf