‘If Acierto, ‘Bikoy’ exposé are sham, why focus gov’t resources on them?’ |

‘If Acierto, ‘Bikoy’ exposé are sham, why focus gov’t resources on them?’ 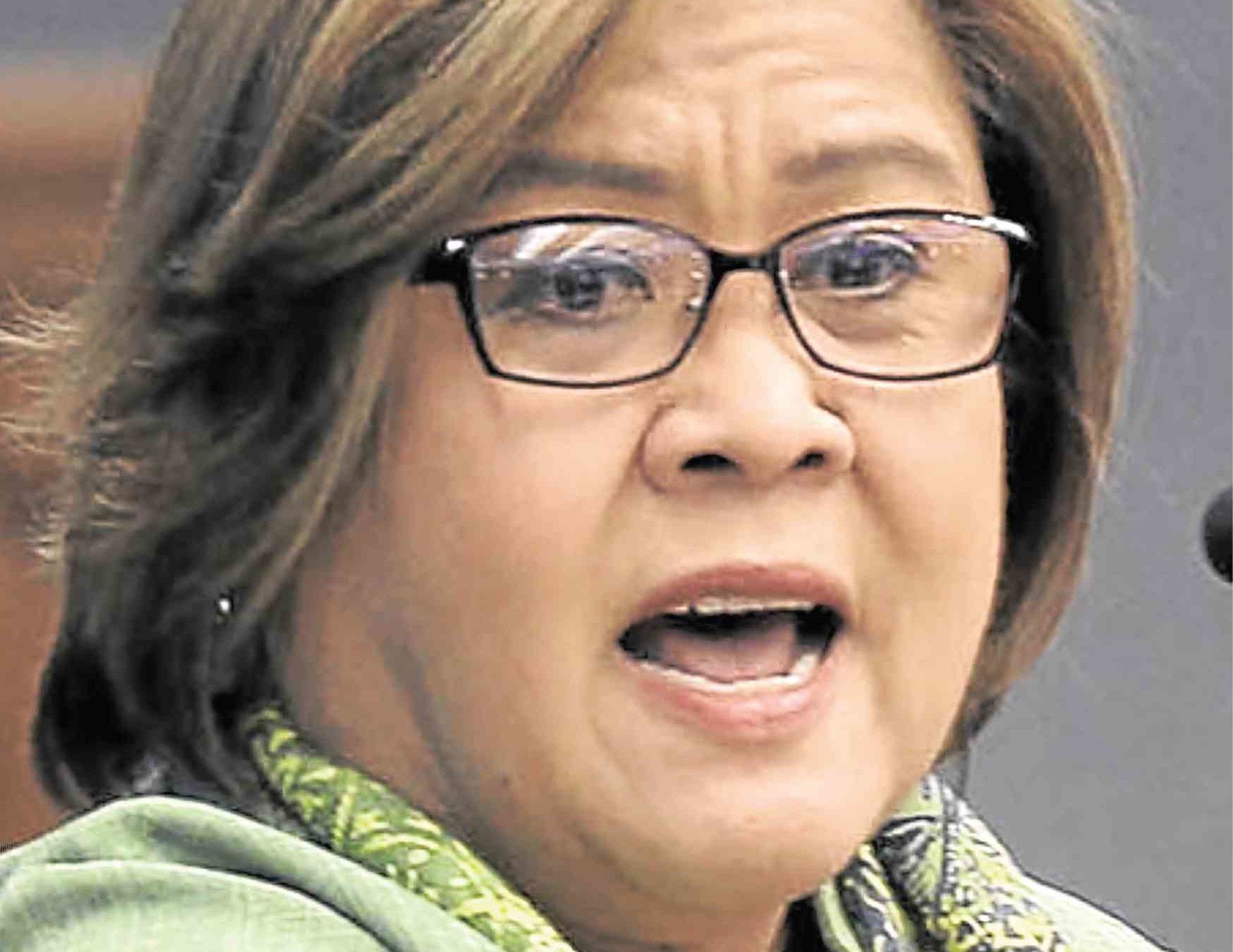 MANILA, Philippines — Detained Senator Leila de Lima on Thursday expressed doubts as to why the government is hot on the trail to catch dismissed Police Colonel Eduardo Acierto and ‘”Totoong Narcolist” videos narrator “Bikoy” rather than verify the information the two revealed about illegal drug trade in the country.

According to De Lima, Acierto and Bikoy could possibly be holding the truth regarding the country’s illicit drug activities.

Malacañang has placed a P10-million reward for the arrest of Acierto, who is being accused of involvement in the smuggling of billions of pesos worth of shabu – found inside magnetic lifters – into the country.

Prior to the offer of bounty, Acierto had accused President Rodrigo Duterte’s former economic adviser, Michael Yang, of being involved in the illegal drug trade.

Bikoy, meanwhile, is the hooded narrator in the series of videos titled “Totoong Narcolist,” which linked members of President Rodrigo Duterte’s family and aide to a drug syndicate.

The Department of Justice (DOJ) on Thursday announced the arrest of the “uploader” of the so-called narco-videos. It also clarified that the video-uploader and Bikoy are two separate individuals.