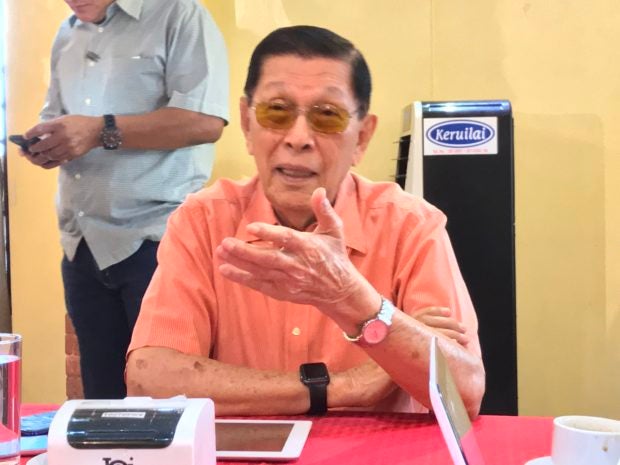 MANILA, Philippines — “Civil war” may erupt in the country if the federal form of government fails.

This was the warning raised by former Senate President Juan Ponce Enrile on Saturday as he renewed his dissent over federalism.

Enrile, who is running for senator in the coming May elections, earlier said that he filed his certificate of candidacy because he wanted to correct the errors he saw in the federal draft.

The 94-year-old former lawmaker particularly raised concern over the funding for the proposed transition to a federal government.

READ: Enrile: ‘Errors’ in federal draft charter made me run

It could also be noted that last March, Moro National Liberation Front (MNLF) founding chair Nur Misuari threatened to “go to war” if the government fails to pursue federalism.

Undersecretary Jonathan Malaya, of the Department of the Interior and Local Government, immediately assured Misuari that President Rodrigo Duterte’s promise to shift to federalism remains on track. /jpv