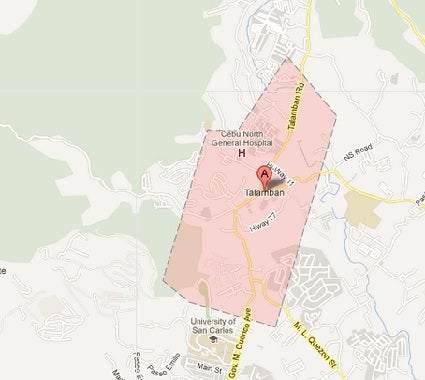 CEBU CITY– Eight policemen were pulled out from their posts pending investigation on the alleged mauling of a drug suspect and two other civilians on Holy Thursday.

Brig. Gen. Debold Sinas, director of the Police Regional Office in Central Visayas, said an investigation would be conducted to find out whether or not these officers were the same men who were caught in a now viral video mauling three persons.

In a press conference on Saturday, Sinas stressed that the eight members of the Drug Enforcement Unit of the Talamban Police Station were not relieved from their posts due to the ban on reassignment of government personnel during the election period.

“We simply removed them from their present assignment as the Regional Internal Affairs begin its inquiry into the video,” he said.

Sinas assured the public that they would not defend those proven to be violating the law and would not hesitate to file administrative and criminal charges if there were evidence to prove the allegations of police brutality.

He stressed that there was a legitimate drug bust that resulted in the arrest of alleged drug peddler Eddie Basillote in Barangay Talamban on April 18.

Basillote has been transferred from the Talamban Police Station to the Cebu City Police Office’s detention facility in Camp Sotero Cabahug.

If there were infractions in the operations, Sinas said this would be subject to the internal investigation.

Aside from the police, the Commission on Human Rights in Central Visayas (CHR-7) was also looking into the controversy.

Cebu City Mayor Tomas Osmeña on Saturday named one of the policemen allegedly part of the controversial operation as Police Sergeant Reoven Carmelo Rota, the team leader of the Drug Enforcement Unit of the Talamban Police Station.

He also named a certain Tagalog, Magdali, Lagunsad, Tudtud, and Adalim as among those in the video. Osmeña earlier offered a reward of P100,000 for each person identified in the seven-minute video that was taken from a footage of a close-circuit television camera.

The video showed armed men in civilian clothes barging into a house and beating up a man. A woman who was carrying a little girl witnessed the mauling.

It also appeared on the video that the armed men were looking for something but didn’t find it.

The video, which was posted by one Winmae Micarsos on Facebook, generated more than 4,300 reactions and 2,900 comments and was shared 12,000 times as of 3 p.m. on Saturday.

Based on the post of Micarsos, these men were policemen from the Talamban police station who barged into the house of her cousin in Barangay Carreta without any warrant.

Her claim was contrary to the claims of the police that Basillote was arrested in Talamban. Micarsos claimed that these policemen beat up her cousin who she said was innocent and took him even if they didn’t find any illegal drugs during the search.

Among those who shared the post was Osmeña whose relationship with the local police lately had been described as less than ideal.

Cebu City Police Director Royina Garma said the eight policemen would be reporting to her directly and would not conduct any anti-drug operations while an investigation is being conducted.

“We will just pull them out from the station but they will still perform police work but not related to drug enforcement while we are investigating if the allegation is true or not,” Garma said.

Both Garma and Sinas did not name the eight policemen pulled out from the Talamban Police Station.

Garma reiterated that the persons on the video could not be recognized because of the low quality of the material.

In reaction to Osmeña’s post accusing the policemen in the viral video, Garma said it would be better for the mayor not to cast any judgement for now.

“You can just simply alleged. It’s so easy to fabricate stories. The next story there is can you prove it?,” he said. Garma advised Osmeña to prove his allegations in the proper venue.

“If he has a witness and the evidence, I think he know better what to do because he is the mayor. It is best to go to the right venue (which is the prosecutor or the court). I just wonder why he has so many comments when the police allegedly does something wrong. But if we do successful operations, he would not even give a single praise,” she said. /jpv