Comelec explains use of fewer counting machines for 2019 polls 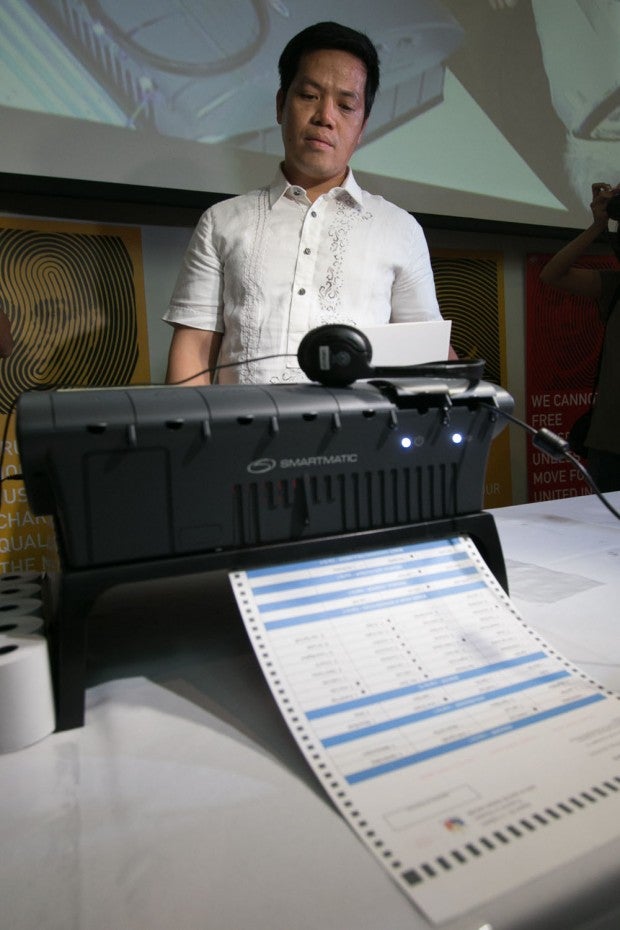 A Comelec employee demonstrates the use of a Vote Counting Machine. INQUIRER FILE PHOTO / ALEXIS CORPUZ

MANILA, Philippines—The Commission on Elections (Comelec) will utilize 85,000 Vote Counting Machines (VCM) for the May 13 elections, fewer than the 92,000 VCMs used in the 2016 elections.

“Hind kakayanin with the same allocation,” he added.

The Comelec official also said that another 7,000 VCMs will be on standby as a contingency measure.

The Comelec has also started training public school teachers who will serve as board of election inspectors on May 13.

On election day, Elnas said the Comelec will set up “emergency polling precincts” for senior citizens and persons with disabilities. /jpv