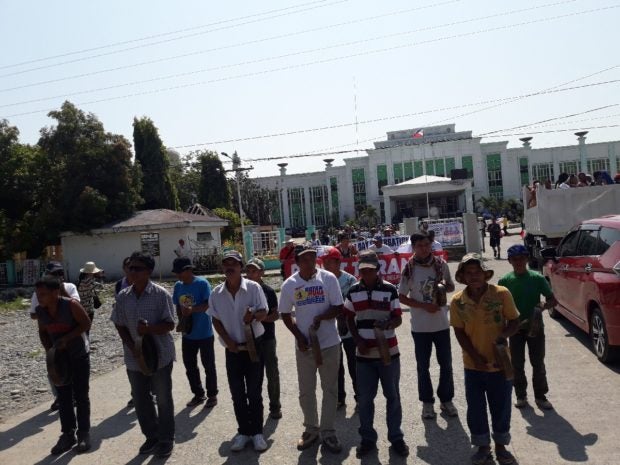 TABUK CITY, Philippines — Over 1,000 indigenous people in Cordillera took to the streets here on Wednesday to call for unity against tyranny and to advance the politics of change and their right to self-determination.

Participants from as far as Mindanao and abroad joined the march as they also celebrated the 35th Cordillera Day.

It is an annual celebration of Cordillera indigenous people of their ancestors’ victory in defending their ancestral land.

“Cordillera Day celebration is a testament of the resolute and steadfast struggle of the Cordillera people for self-determination and national democracy,” said Windel Bolinget, chairperson of the Cordillera Peoples Alliance (CPA).

On April 24, 1980, soldiers under the command of Lt. Leodegario Adalem murdered Macliing Dulag, a Kalinga pangat (elder) who was among the leaders in the opposition against the Chico dam projects.

Cordillera IPs in Hong Kong held the celebrations on April 21 while Apayao, Mountain Province and Ifugao will hold their celebration on April 27.

Bolinget said threats to the Cordillera homeland remain as the government regards the region as a resource base.

He said Kalinga is now faced with the ongoing construction of the Chico River Pump Irrigation Project (CRPIP) that is funded by a loan from China.

He revealed that the construction of the Chico Pump Irrigation has started even before the free prior and informed consent process was completed.

The National Commission on Indigenous People (NCIP) has yet to issue a free prior and informed consent for the CRPIP.

Bolinget said there are also hydropower and geothermal projects awarded to foreign and local corporations that will tap Kalinga’s natural resources.

“Cordillera Day also serves as a venue to renew and reaffirm our commitment to continue defending the homeland against plunder and destruction,” Bolinget said. /ee