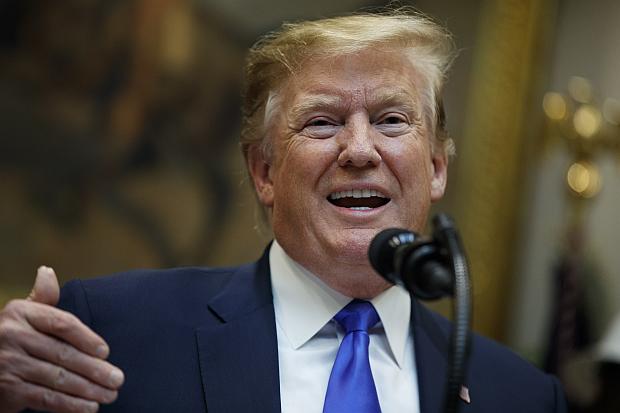 President Donald Trump gestures as he speaks about the deployment of 5G technology in the United States during an event in the Roosevelt Room of the White House, Friday, April 12, 2019, in Washington. (Photo by EVAN VUCCI / AP)

Trump tweeted Wednesday that “Mexico’s Soldiers recently pulled guns on our National Guard Soldiers, probably as a diversionary tactic for drug smugglers on the Border,” but he didn’t support the drug-smuggling claim.

He tweeted: “Better not happen again! We are now sending ARMED SOLDIERS to the Border. Mexico is not doing nearly enough in apprehending &returning!”

U.S. troops are already at the border to help reduce illegal crossings.

Two U.S. soldiers in a remote area of Texas recently were confronted by Mexican soldiers who thought the Americans had crossed into Mexico. The Mexican troops reportedly removed a weapon from one of the American soldiers.