The airport, which sustained heavy damage after a magnitude 6.1 rattled parts of Luzon Monday afternoon, will resume operations at 4 p.m. 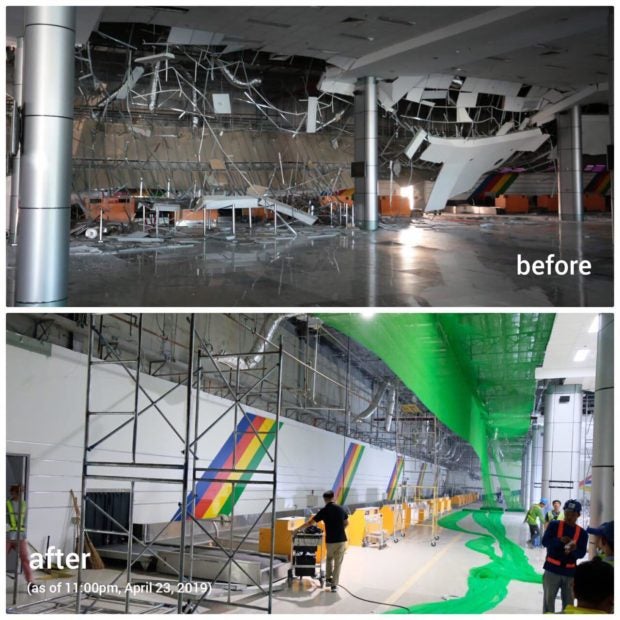 “Clark airport is business as usual, from counters to manifest to boarding gates,” CIAC president Jaime Melo said in a statement.

Clearing operations and repairs, particularly for the pre-departure area where the ceiling collapsed due to the quake, started on Tuesday morning, CIAC said.

It added that power, flight information systems and CCTVs have been fully restored in time for the resumption of flights.

Passengers are reminded to check and coordinate with their respective airlines for confirmation of their flight schedules for Wednesday, April 24.

Several airlines earlier cancelled flights to and from Clark airport due to its closure.  /gsg