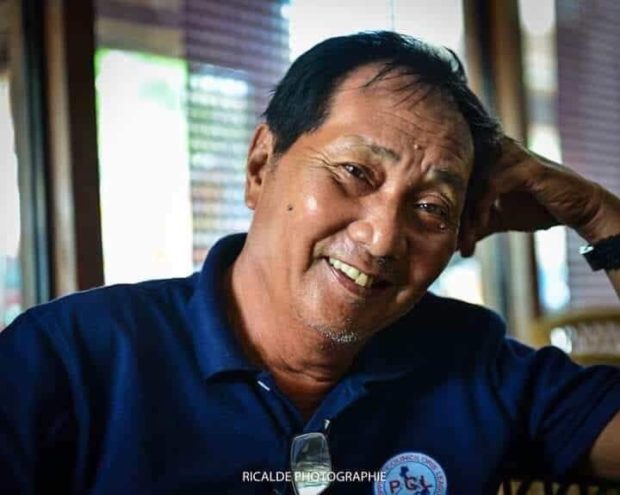 CEBU CITY, Philippines — He survived the hail of bullets fired by government forces at thousands of farmers and farmworkers who were protesting against the Marcos regime in front of a town hall in Negros Occidental province.

Patigas, 72, a councilor of Escalante City in Negros Occidental, was driving his motorcycle on his way home to Barangay Washington past 4 p.m. on Monday when he was shot and killed by one of two men on a motorbike.

‘They’re killing us one by one’

Patigas’ death came a year after posters with his picture and those of 62 others were displayed on walls in Moises Padilla town, also in Negros Occidental.

Also on the posters was human rights lawyer Ben Ramos, 56, who was shot and killed on the evening of Nov. 6, 2018, in front of a convenience store in Kabankalan City, Negros Occidental.

“They are killing us one by one,” said Clarissa Singson, secretary general of Karapatan-Negros.

The killers found an opportunity on Monday when Patigas was alone.

Patigas, who was seeking reelection as councilor, had attended a campaign rally and dropped by a public market to buy fish before heading home, Singson said.

About 2 kilometers from his house, she said, two men flagged him down in front of the gate of Escalante National High School about 4:30 p.m.

No one willing to testify

The gunman was not wearing a mask or helmet but not one of the people who were around during the shooting was willing to testify, fearing for their safety, Singson said.

Patigas was in his 40s when he joined some 5,000 people, mostly farmers and farmworkers, who staged a rally in front of the then Escalante municipal hall to protest against the Marcos dictatorship when they were fired at by soldiers and paramilitary men on Sept. 20, 1985.

At least 20 people were killed while more than 20 others were wounded in what is now known as the Escalante Massacre.

The violence inspired Patigas to go into human rights advocacy and formed Mothers and Relatives Against Tyranny, an organization of families and victims of the Escalante Massacre and martial law.

He would later set up the Northern Negros Alliance of Human Rights Advocacy (NNAHRA), to help farmers in the towns of Calatrava, Toboso, Cadiz and Manapla and the cities of Escalente, Sagay and San Carlos. NNAHRA is a member organization of Karapatan-Negros chapter.

In 2010, Patigas ran for councilor after supporters convinced him that he could do more if he would be in government since he would be able to help in policymaking and facilitate government support.

Patigas was selected chair of the city council committee on human rights.

At least three hours after Patigas was killed, several leaders of people’s organizations and militant groups in Negros received text messages that they would be next.

Mike dela Concepcion, secretary general of Bagong Alyansang Makabayan-Negros, said the message began with “Condolences,” then went on to say in the vernacular: “We have began our priority. You, Clarissa, Roque, Nolie, Rey, Aldren, Patigas, Cristian, Dolly and alias Tatay Ogie who can be seen in Silay and Libertad.”

“All these are priorities we have to finish this year,” read the message.

The message also referred to Rey Alburo of the North Negros Alliance of Human Rights Advocates, of which Patigas was formerly secretary general; to Dolly Celedonio of Kilusang Magbubukid ng Pilipinas-Negros; and to Hernani “Tay Ogie” Barros of NFSW.

Singson said she, too, received a similar text message and was taking this seriously in the wake of killings of her colleagues.

But she stressed that they would go on with their advocacy as long as there were people who needed their help. “We are civilians. We don’t have the capacity to fight them,” she added. “(But the threats) will not deter us to serve.”