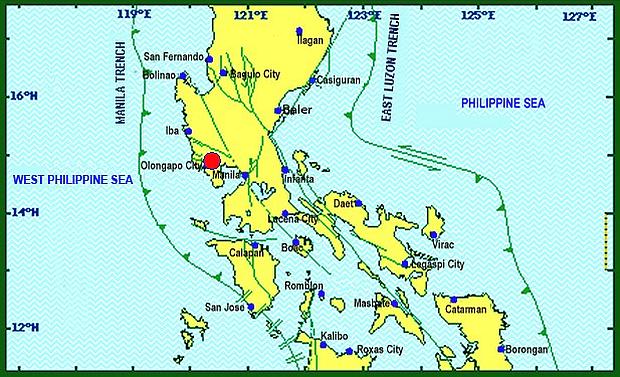 MANILA, Philippines — A 4.5-magnitude earthquake of tectonic origin struck 5 kilometers northeast of Castillejos, Zambales at 2:02 a.m. on Wednesday, according to the Philippine Institute of Volcanology and Seismology (Phivolcs).

The quake, with a depth of 11 km, was felt at Reported Intensity II in Quezon City.

Phivolcs earlier said the earthquake was at magnitude 4.4 that centered in Dinalupihan in Bataan. The information was later revised in the agency’s website.

The following instrumental — that is, measured — intensities were felt in the following areas:

According to Phivolcs, no aftershocks or damage were expected.