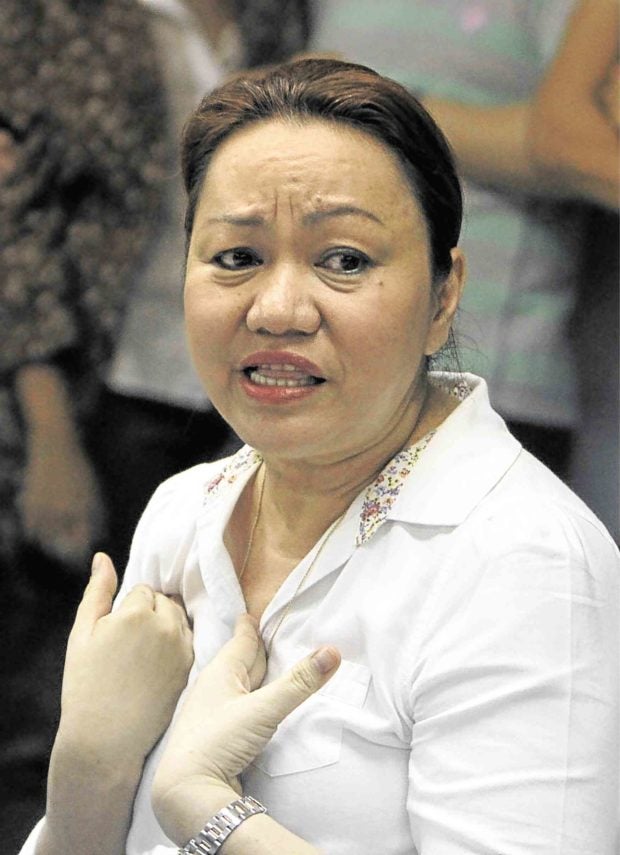 Napoles refused to enter any plea, prompting the Sandiganbayan Third Division to enter a not-guilty plea on her behalf.

She faces charges over her involvement in the scam, which diverted funds meant for typhoon victims to her bogus nongovernmental organizations (NGOs).

The $4.5-billion Malampaya project, started in 2002, involves the extraction of natural gas from waters west of Palawan province.

It is operated by Shell Philippines Exploration B.V. and Chevron Malampaya LLC, which hold controlling shares in the project, with the government holding a minority share.

The government’s share was to be used for energy projects, but this was expanded to finance programs authorized by Malacañang.

Napoles, who was convicted of plunder in December last year in connection with the Priority Development Assistance Fund scam case of former Sen. Bong Revilla, allegedly controlled 12 NGOs that served as conduit for the Malampaya Fund.

In 2009, former Budget Secretary Rolando Andaya Jr. authorized the release of P900 million from the Malampaya Fund for relief operations, rehabilitation and reconstruction of areas affected by Tropical Storm “Ondoy” and Typhoon “Pepeng.”

While the Department of Agrarian Reform was supposed to be the implementing agency for the project, the funds were diverted to Napoles’ bogus NGOs.

Meanwhile, Andaya’s arraignment was moved to May 31, pending the resolution of one of his motions.

Napoles and Andaya faced 97 counts of violating the Anti-Graft and Corrupt Practices Act and another 97 counts for malversation. —Patricia Denise M. Chiu