Alcala’s graft case was in connection with the “garlic cartel” scheme, which reportedly monopolized garlic prices from 2013 to 2014.

The Anti-Graft Court scheduled Alcala’s arraignment on May 24 at 8:30 a.m.

“Let the arraignment and pre-trial of said accused [Alcala] be set on May 24, 2019 at 8:30 in the morning,” Sandiganbayan’s Fifth Division said.

Previously, the Office of the Ombudsman indicted Alcala and 23 others, including garlic traders and officials of the Bureau of Plant Industry (BPI), for violating the Anti-Graft and Corrupt Practices Act in relation to the garlic cartel scheme. /ee 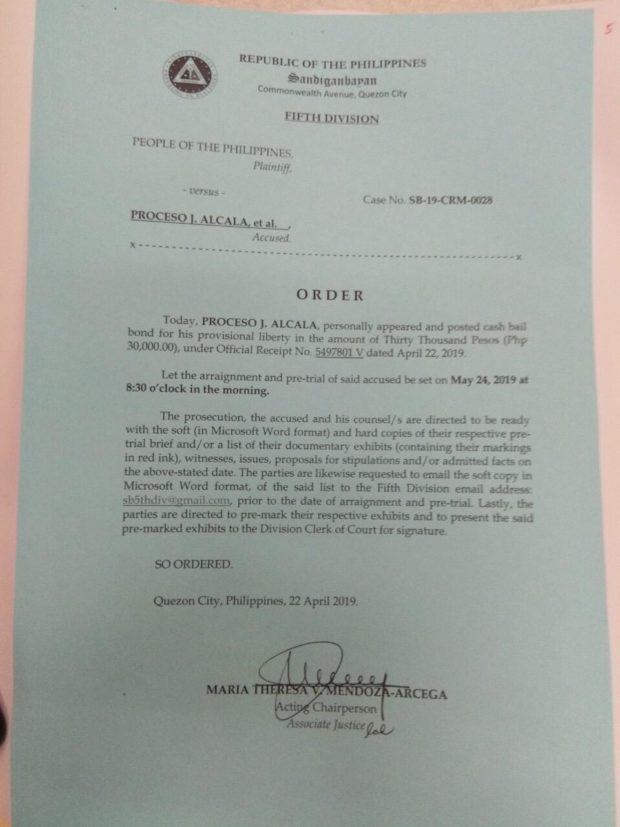