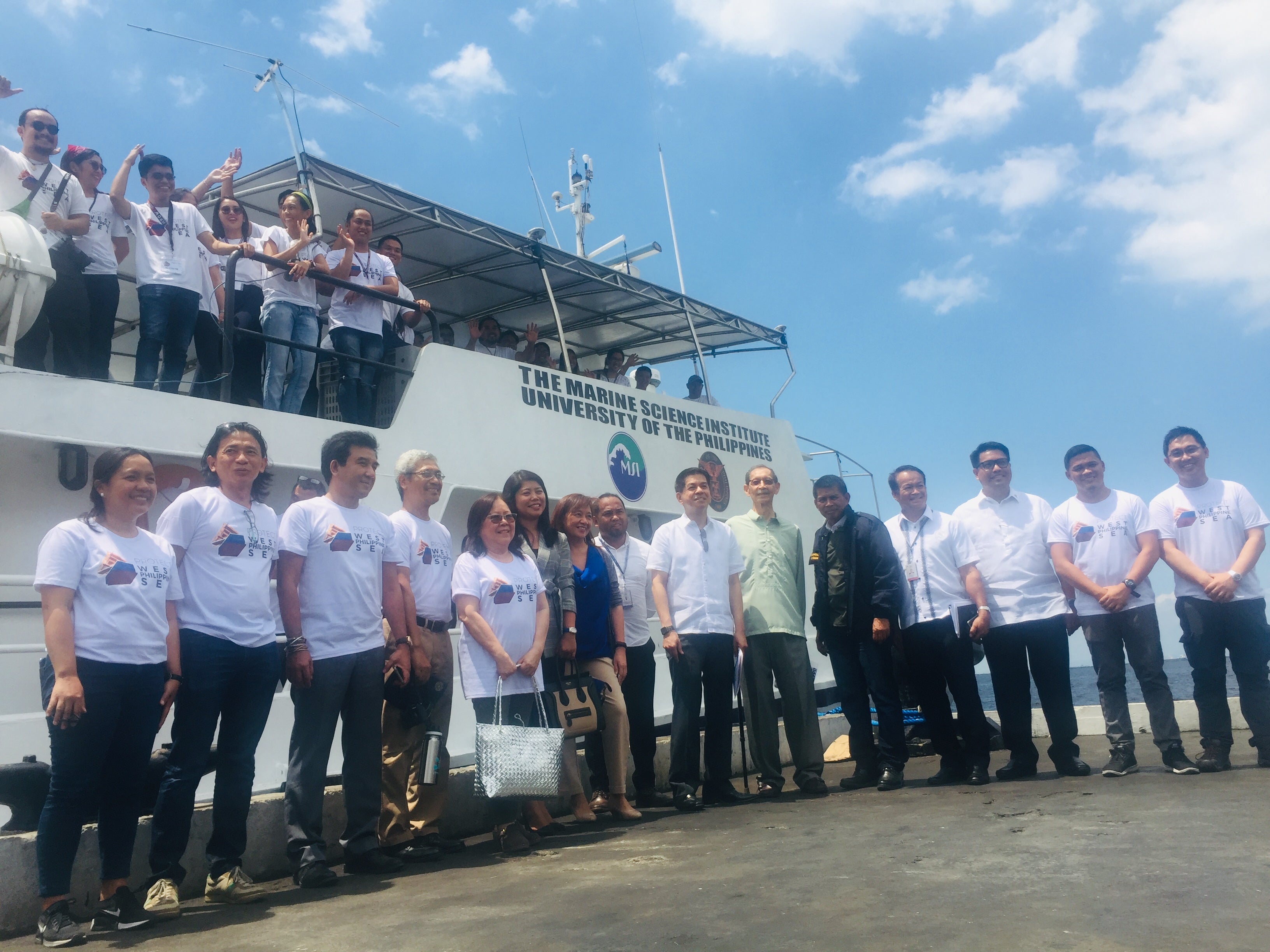 A team of Filipino scientists from UP- Marine Science Institute was sent off for a two-week research expedition in the Kalayaan Island Group. It will be the first time that they will use their own vessel. / FRANCES MANGOSING

MANILA, Philippines — A team of Filipino scientists is set to go on a two-week mission to Kalayaan Island Group (KIG) to conduct biological and oceanographic research activities and surveys in some reefs and islands around the West Philippine Sea.

The team will sail on Monday night and is expected to be back in Manila on May 6.

Who are the participants?

The expedition is led by scientists from the University of the Philippines – Marine Science Institute (UP-MSI) with support from the Bureau of Fisheries and Aquatic Resources (BFAR). It will be the maiden voyage of RV Kasarinlan, the first research vessel of UP-MSI.

“This is the first time that we will ride our own vessel, so we are all excited,” said UP-MSI Director Dr. Fernando Siringan.

BFAR vessel BRP Lapu-Lapu will join RV Kasarinlan in the two-week scientific research. A total of 74 scientists and crew will be part of the voyage.

What is the purpose of the exploration?

They are expected “to establish baseline data through biodiversity surveys and valuation of ecosystems services,” Siringan said.

Also, they will collect biological samples for genetic analysis to be able to understand ecosystem connectivity and genetic connectivity among habitats in the KIG.

The study on the ecosystem is also special because of current complexities like global warming and climate change, said Dr. Deo Florence Onda, chief scientist of the expedition.

Siringan said they will also look into the possibility of the reefs in Kalayaan in helping in coral restoration in other parts of the country.

The project, called Predicting Responses between Ocean Transport and Ecological Connectivity of Threatened ecosystems in the West Philippine Sea (PROTECT- WPS) is funded by the Department of Environment and Natural Resources.

What if they encounter China at sea?

The team has also considered all imaginable scenarios before they have decided to push through with the exploration, including the possibility of facing China’s vessels at sea.

“If you’re asking about contingencies, it’s all been thought out and we have a plan,” said Onda.

“Before you go to a certain site you assess everything…When we decided to push through with the voyage, all have been considered and factored in,” he added.

The scientist said they have been doing research for a long time: “We’ve been doing this for many years. Whatever region, we go there. Kahit anong meron sa West Philippine Sea pupunta pa rin kami kasi yun ang ginagawa namin,” he said.

In his speech at the send off ceremony, BFAR chief Dir. Eduardo Gongona reminded the team that their task was purely for scientific research and they should not involve themselves “in some ticklish issues that will embarrass the country.”

He refused to elaborate his statement when asked by reporters after the event.

But Onda said he did not see any activity that could possibly put the country to an awkward situation.

“The mere fact that we are putting our lives on the line, hindi biro pumunta sa gitna ng dagat. Hindi madali maging scientist lalo na kung nasa gitna ka ng dagat. And that in itself is patriotism,” he said.

“We are doing this not only for the Filipinos but actually for the world, because we are trying to understand what’s happening out there, and the environment and the ecosystem. What part of that would be embarrassing?” the scientist added. /je