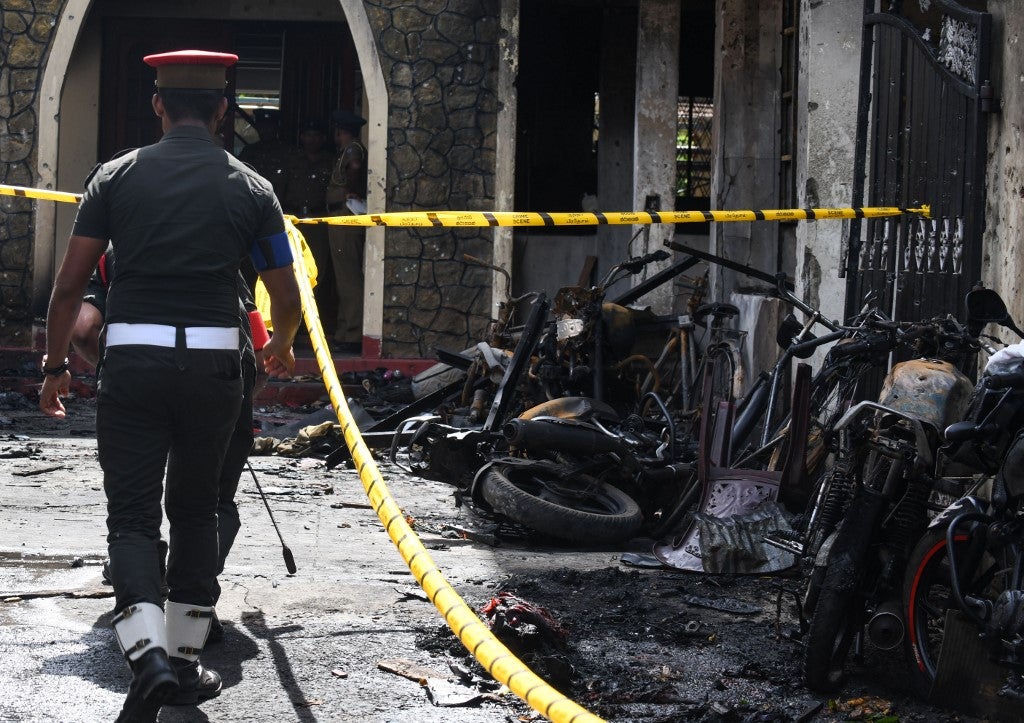 The blasts ripped through hotels and churches and are now deemed as the worst act of violence since the end of Sri Lanka’s civil war.

Presidential spokesperson Salvador Panelo offered condolences to the families of the victims, underscoring the warm relationship between the Philippines and Sri Lanka.

“As we recall our recent commitment to boost ties with Sri Lanka and the warm relations between the leaders our of countries, we express our sincere solidarity and offer our heartfelt prayers to the citizens of Sri Lanka as well as to the other people who have been affected by this horrific attack on the churches and hotels in the said South Asian country on what should have been a day for solemn prayer and thoughtful introspection,” Panelo said in a statement.

“We likewise offer our deep condolences to the grieving families of those who perished as we wish the safe recovery of those injured,” he added.

Panelo also slammed the “senseless acts of terror and violence” in the South Asian country.

“Terrorism, as we often said, has no place in society and our nation, together with the rest of the world, is outraged by these latest senseless acts of terror and violence. Humanity must stand as one in putting an end to hatred, bigotry and poverty and promote growth and development among nations as well as work for world peace,” Panelo said.

“As Sri Lanka currently sifts through the rubble and tries to find sense in this period of confusion and terror, we reiterate our expressions of support for our Asian neighbor, as well as to other countries who are dealing with the same evil deeds,” he added.

At the time of the explosion, churches were busy with services in celebration of Easter Sunday. /je